Two historic flowers passed down from Hilma Gaarde are resting in the garden at the John Tigard House and the Gaarde family home. These two irises, one yellow and the other purple, were carefully planted and taken care of by the Gaarde family at their old home built in 1922. The blooming flowers display their beautiful petals while retaining a precious piece of history.

Linda Gaarde Drake, granddaughter of Hans and Hilma Gaarde, remembers the old irises planted in her grandmother’s garden and later carried over to her yard. Drake recalls the subtle yellow and purple colored irises as they grew rapidly in Hilma’s garden.

“I gave the Tigard Historical Association a yellow one and an old fashioned one. They wanted something that was from my grandparent’s house. The yellow one is a hybrid and not as old. The old one is a light purple. I don’t know for sure, but my great-grandmother probably brought some of the old-fashioned ones with her from Denmark. I know my grandmother always had them in her yard. They’re a beauty in their own right,” Drake says.

The Gaarde name is well-known around Tigard as it’s seen at Gaarde Christian School and Gaarde Street. Hans and Hilma Gaarde were significant Tigard residents who were deeply involved in the community. John Gaarde, Han’s father, owned a blacksmith shop where Hans worked. Later Hans served on the Tigard School Board from 1936 to 1942. Hilma went to Tualatin High School and later to Washington High School. Hans and Hilma were a part of the Independent Order of Odd Fellows (IOOF) and Rebekah Lodge. IOOF is a fraternal group supporting the community locally and internationally through charitable activities. The Rebekah Lodge is a branch of the IOOF. According to the IOOF, the members of the Rebekah Lodge or “Degree of Rebekah” were known for being loyal, patriotic, devotion to God, and standing up for righteousness among mankind. When Hans and Hilma settled in Tigard, they built a home located near 99 West close to where Elmer’s Restaurant now stands. In 1990, the house was moved to what is now known as Gaarde

Street. Hilma planted her garden with a variety of flowers including these special irises.

Drake remembers back to her childhood walking through her grandmother’s garden as Hilma carefully instructed her on how to plant the seeds.

“Growing up in Tigard with my grandmother’s garden, it was always revered by other people. She had a beautiful, beautiful yard. She taught me how to flower garden. I took care of my backyard in my Tigard house like my grandmother did,” Drake says.

Judy Gaarde, married to Drake’s brother Rick Gaarde, inherited a few of the irises from Hilma and planted them in her yard.

“I do have a bunch of them planted down below in my garden. My yard was pretty plain when I first moved in. I would get flowers from [Hilma] or from her son, who lived next door to us. [Hilma] loved her irises, and she loved her garden,” Gaarde says.

These hearty irises are reminders of Tigard’s long history and heritage. The yellow irises are planted at the John Tigard House can be seen blooming in May. The other purple irises are at the Gaarde residence and planted in their extended family’s gardens. Get a glimpse of these historic flowers as they come up in the springtime. 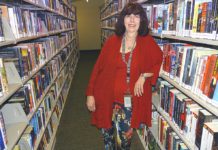 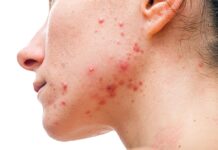 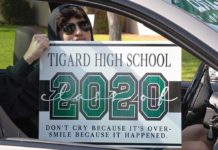