No Time to Die

Daniel Craig’s send-off as James Bond couldn’t be more marvelous. The film begins with Bond enjoying a brief retirement. It’s not long before he’s asked to return to his life as 007 to complete one of his most sinister missions yet. Daniel Craig gives a mesmerizing final performance, giving us a rare glimpse at Bond’s emotional state as a man that’s haunted by his past. The rest of the cast is particularly strong as well. Lashana Lynch does a wonderful job as the mysterious agent that takes over the 007 title after Bond retires, and Ana de Armas gives a knockout performance that makes you wish she’d been given more scenes. The film will make you want to rewatch all of Daniel Craig’s Bond films, particularly Casino Royale.

Hunt for the Wilderpeople

Though this movie has been out for a few years now, it’s a treat to be able to stream for free at home. The movie is a wonderfully imaginative adventure with a biting sense of humor. The film follows 13-year-old Ricky Baker (Julian Dennison) and his foster father (Sam Neill) as they embark on an ill-fated adventure through the New Zealand wilderness. With the authorities chasing after them at every turn, the pair forge a strong friendship. I can’t think of a contemporary film that’s made me smile more than this one, and so much of that has to do with Julian Dennison’s wonderful and endearing performance as the great Ricky Baker.

The long wait for Denis Villeneuve’s Dune is finally over and it was well worth it. An adaptation of Frank Herbert’s 1965 sci-fi novel, the film follows Paul Atreides, the young son of a powerful family, as he embarks on a dangerous journey to the desert planet of Arrakis. The quest soon devolves into a power struggle with the people of the desert, known as the Fremen, over the land’s natural resources. The film is a masterfully inventive and fresh sci-fi feature. Much of that is thanks to the incredible special effects and sound design which make the film that much more immersive. It’s also one of two films that star Timothée Chalamet this month (catch him in The French Dispatch as well). Both films display the actor’s talent for giving performances that feel boldly sincere.

Wes Anderson’s latest film is remarkably charming. The movie follows life and times at The French Dispatch, a newspaper in the fictional French city of Ennui-sur-Blasé. The film is broken up into 3 vignettes that recount stories that were published in the newspaper. Each story features delightfully peculiar characters and details that feel true to Wes Anderson’s style (a talented but destructive painter, a teenage rebel, a chef that gets embroiled in a kidnapping plot, etc.). The film has a comforting, dreamy tone, and is one of the filmmaker’s best works in years. 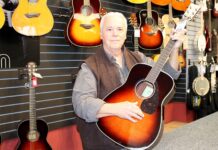 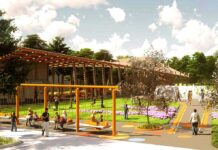 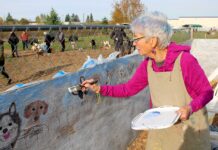