Dr. John Chung, DDS, from Tigard City Dental PC, worked hard to pursue his dentistry goals. But it wasn’t until six years after opening his practice, that he realized that his health could get in the way of everything he had built.

The nature of dentistry means that doctors can experience an array of issues with their backs, shoulders, and necks. And for Dr. Chung, his issue was with his back. And he was well-aware of the possible repercussions. After all, he had witnessed a friend who started dealing with back problems six to seven years into their practice. They would go on to have back surgery, and would later have to walk away from dentistry. And that wasn’t all, as the doctor knew that he was on the verge of requiring medication for his high blood pressure. Plus, his triglycerides were high, which can lead to heart problems.

“I realized that this was not going to be something that I could prolong. I went through so much so that I could become a dentist — that I didn’t want to give that up because of back problems,” he explained.

So even though he had been overweight for most of his life, John determined to take control of his health by beginning his fitness journey. At first, he focused on running, which he did for eight years. He would go on to successfully run four marathons, and this process helped him lose 20 to 30 pounds. And through weight loss, the back and health problems were seemingly addressed.

However, as John moved into training at a CrossFit gym, he found himself dealing with the same issue as before: back problems. This time, the injury happened while he was working out, which he attributes to bad form. It took him some time to recover from the incident. Once he felt better, he signed up for a gym membership at a local spot, where he continued to work out on his own. He didn’t have any trainers, but he applied what he previously learned to work on his fitness.

That’s when he stumbled across the Tough Mudder Bootcamp Gym in Progress Ridge. He thought he’d stop by to check it out after finishing up one of his runs. And after being invited on the spot to work out for free, he realized it was the kind of workout he was looking for the whole time.

“I got hooked. I always enjoyed working out in a group,” he said.

He has since been a part of the gym for three months now and participates in classes four to five times a week. It’s a family affair, with his daughter present as his partner.

The 45-minute high-intensity interval classes are fast-paced and jam-packed. There are multiple stations set up in the gym, with participants moving between them in timed spurts. Each routine can be modified to best-fit one’s needs, so it’s accessible to every fitness level, whether one is a true beginner or a long-time participant. The gym also has no mirrors, which seems to speak to the emphasis on personal fitness and wellness. A coach is present throughout the class, keeping an eye on everyone’s form and helping people stay motivated.

“Once I start something, I carry it through. I want to be the best I can be. It’s like that with dentistry, and also with working out,” he noted, as he described his competitive spirit.

John practices intermittent fasting during the week. He doesn’t eat in the mornings, and his first meal is at noon. He also stops eating at 6 p.m. the day before. As he noted, he’s “literally starving for 18 hours a day.” And on the weekends, he says he “cheats,” and eats three meals a day. His favorite healthy foods are rice and sushi.

Prior to beginning his fitness journey, John said that he ate “anything and everything.” This meant lots of rice and meat, which he attributes to his Korean heritage. Plus, he didn’t eat vegetables often and didn’t pay attention to his caloric intake. However, he jokes that once he realized how much he would have to work out to burn off certain amounts of calories, that it helped motivate him to eat less.

When John is working out by himself, he likes to listen to K-Pop. His favorite artists include Ailee and BTS, although he also enjoys the music he grew up listening to, which is 80’s music.

Ever since he joined the Tough Mudder Bootcamp Gym, John has found that the only time he needs to work out on his own is before the class when he warms up, and after class, when he opts to go for a one-mile run.

The gear that’s required for his workouts is basic. Workout clothing, a water bottle, and towel are pretty much all he needs. The most costly part of his routine is his gym membership.

When asked about what advice he would give to someone who has yet to start their fitness journey but would like to, this is what he said.

“One small step at a time. And get into a group facility where you are motivated to work out. If you do it by yourself, you’re not going to stick with it.”

The Tough Mudder Bootcamp Ridge in Progress Ridge is a family-owned franchise business. The owners are Dean and Lindsay Dufree. This gym is one of just 12 in the United States. The first class is always free, and the coaches offer an extremely welcoming environment for people of all skill levels. They’re located in the same shopping mall as the New Seasons, check them out at 12345 Southwest Horizon Blvd in Beaverton, OR, 97007 or call them at (503) 747-7416. 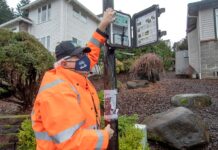 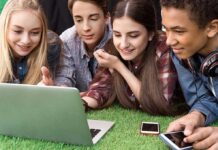