Tim Burton’s The Nightmare Before Christmas

Tim Burton’s classic animated tale is a perfect way to kick off the holiday season. Its story is equally spooky and cheery, making it a nice transition if you (like me) are still not quite over Halloween. The film is just as impactful as the day it came out, with a beautiful score by Danny Elfman, wildly imaginative animation, and characters that feel true to life (even if they are a rag doll and a talking skeleton). If you’re not familiar, the story begins with Jack Skellington celebrating yet another haunting Halloween as the pumpkin king. When he discovers Christmastown, and all the glee and merriment it entails, he wants nothing more than to take over Christmas and celebrate in his own way.

Love Hard is one of Netflix’s many original holiday films coming out this year. Though this romantic comedy isn’t exactly the most unique film to come out in recent memory, its funny script and dedicated cast make it an enjoyable watch. The film begins with Natalie Bauer (Nina Dobrev), a Los Angeles writer who is unlucky in love, falling for a mysterious, handsome man named Josh Lin (Jimmy O. Yang) on a dating app. When she travels on a whim to surprise him for the holidays, she quickly discovers that she’s been catfished. The real Josh has an equally troubled romantic history, and though she doesn’t want to admit it, he shares a lot in common with Natalie. What follows is an endearing comedy about being true to who you are when you’re looking for your perfect match.

Christmas with the Kranks

If you’re looking for a hilarious holiday comedy, Christmas with the Kranks is always a safe bet. When Nora and Luther Krank (Jaime Lee Curtis and Tim Allen) realize their daughter will be spending the holidays away from them, the couple decides to take a cruise instead of throwing their usual, highly-anticipated party. Once the neighborhood finds out about their plans, the couple realizes that opting out of the holidays might be a bigger challenge than they had bargained for. The movie features some pretty hysterical hijinks from stars Jaime Lee Curtis and Tim Allen, and it’s even got its fair share of sentimental moments (in its own way).

Vanessa Hudgens returns in the third installment of Netflix’s holiday film series. This one is a whole host of fun, with Hudgens back playing three different characters once again. The film follows Queen Margaret and Princess Stacy (both played by Hudgens) as they plan the ultimate holiday celebration. Their plans are cut short when a Christmas relic from years past is stolen, leaving the two lookalikes to enlist Lady Fiona (Hudgens, once again) to use her criminal expertise to help them find the relic before it’s too late. If you haven’t seen the first two films, this may sound a little hard to follow, but the film begins with a helpful synopsis to bring you up to speed. The third film in the series ends up being a bright holiday film with a sweet combination of romance and adventure.

A Christmas Story remains one of the most celebrated holiday classics of all time, so much so that it’s still broadcast on TV for 24 hours every Christmas Eve. The movie is based on the 1966 comedy novel In God We Trust: All Others Pay Cash by Jean Shepherd. It’s a uniquely funny Christmas tale, and a lot of that has to do with the film’s honest approach to exploring family life and adolescence. The story ultimately centers on Ralphie Parker’s desire to get a BB gun for Christmas, but it ends up giving a lot of attention to all the trials and tribulations of being a kid along the way.

For those looking for a break from overt holiday merriment, this romantic comedy offers a fun story with some subtle festive cheer. The story follows Iris Simpkins (Kate Winslet) and Amanda Woods (Cameron Diaz), two heartbroken women who decide to trade houses over the holidays to get away from life and love. With one in Los Angeles and the other in London, the two soon stumble upon experiences (and love) that they weren’t even sure they were looking for. Though the film may get a little predictable at times, it’s super enjoyable to watch this low-stakes farce play out nonetheless. You can thank the film’s talented cast for that, which includes Kate Winslet, Cameron Diaz, Jude Law, and Jack Black.

Will Ferrell’s performance as Buddy the elf remains one of the most charming of his entire career. Upon rewatching this 2003 holiday comedy, the film made me laugh just as much as it did when it first came out. The movie begins with Buddy discovering that he is not, in fact, an elf at all. He soon embarks on a trip from the North Pole to New York City to meet his father (James Caan). A book publisher that’s grown jaded over time (and earned himself a spot on the naughty list), the man is soon won over by Buddy’s enduring innocence and hope. Boasting an all-star cast and some truly stellar comedy writing, the movie can warm the hearts of even the grumpiest viewers.

It wouldn’t be a holiday movie guide without It’s a Wonderful Life. When George Bailey (Jimmy Stewart) thinks he’s had enough of life and its many struggles, an angel appears to help him realize how much of a positive impact he’s had on his friends and family. The film draws you in with Bailey’s tale of tragedy and triumph, and it’s hard not to relate to his many ups and downs as he tries to live a meaningful life. This year, you can catch the annual Christmas Eve telecast on NBC at 8 pm. No matter how many times you have seen the movie, it’s well worth a rewatch due to the touching performances and inspiring story of George Bailey. 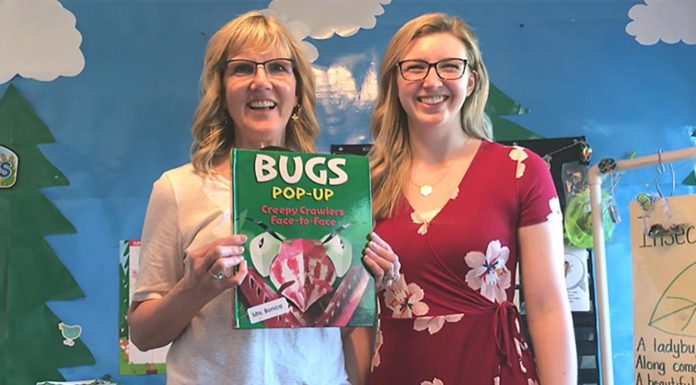