When it comes to detective work, “everyone thinks there will be a quick resolution by collecting DNA or fingerprints,” says a Tigard Police Commercial Crimes Unit (CCU) Detective. “Whereas investigations are really time consuming and can involve a lot of different types of evidence whether physical or digital.”

For instance, take a recent case that started out as two burglary reports at a Tigard apartment unit in February 2020. After Tigard Patrol Officers quickly located the suspect vehicle, the on-call CCU detective wrote a search warrant and discovered stolen property in the car related to these burglaries and additional cases.

After performing surveillance on the suspect to find out more about how he was operating, Tigard Police arrested the Las Vegas man before he could possibly flee the state. The team executed a search warrant at his apartment, recovering stolen property that could be readily linked to numerous other burglaries. Detectives suspected that some additional items found in his apartment had been stolen, but could not tie them to a police report at that moment.

Because the scope of these burglaries was expanding beyond Tigard to Washington, Multnomah, Clackamas and Clark Counties, the CCU detective collaborated with agency partners. The suspect’s modus operandi was to shatter sliding glass windows in the back of apartment units or residences and steal cash, jewelry and guns. “We reached out to all property detectives and crime analysts in the metro area, asking them to attend a meeting and send every report where the modus operandi was similar.” He received about 100 reports and narrowed the cases down to nearly 40.

The recovered stolen property was a significant factor in the investigation. Where victims provided photos, videos and serial numbers in these police reports, the detective could connect some of the recovered property to the reports, linking the suspect to the crime, and ultimately returning the items to victims. For example, one victim included a photograph of a unique ring taken during their burglary that had been appraised, which made it easy for the detective to identify.

Where detectives could not match the recovered property with photographs or serial numbers, Tigard’s crime analyst would focus on distinct items, combing through the reports to see if a victim had listed the item.

In the end, the detective had 40-50 pieces of jewelry unaccounted for, including the items the suspect sold to pawn shops. The CCU detective estimates that if all jewelry had been identified, there may be an additional 10-15 burglaries that could be linked to the suspect, resulting in more criminal charges.

“A lot of times victims don’t follow up if they realize something is missing, chalking it up to a loss and moving on,” the detective said. However, stolen property that is listed in the initial or supplemental police report can help further an investigation like this one.

After months of working on this case, including sorting through digital evidence and attending multiple grand juries, the suspect was connected to over 30 residential burglaries in the Portland metro area and sentenced to 50 months in prison.

From start to finish, this investigation began in February and didn’t come to completion with sentencing until the late summer. The detective estimates that he dedicated at least 300 hours to this case, which does not account for time spent by the crime analysts, detectives and officers from Tigard and other agencies. In the end, the hard work was worthwhile. Being able to get one prolific burglar off the streets has likely prevented many additional crimes from happening in our area. 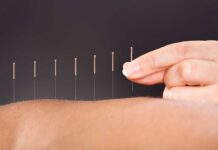 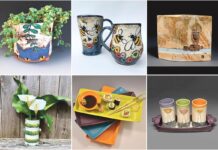