Bob Niemeyer seeks to take the BattleBots competition by storm

Bob Niemeyer’s silver, wedge-shaped robot clatters across the pavement on the street in front of his Tigard home.

Spinning in precise semi-circles, the robot, which is less than a foot tall, but roughly one-meter square, smoothly changes direction and scoots down the road. People walking by stop to watch, and a couple of drivers halt their vehicles to allow the bot to maneuver out of their way. But the neighbors are used to it. After all, Niemeyer has been building robots for 20 years as a hobby and an offshoot of his career as a mechanical engineer.

“This thing here is so fast it’s scary fast,” he says. “Right now, it’s almost like a Ferrari, where you touch the gas pedal a little bit and it goes 60 mph.”

His 190-pound beast actually tops out around 20 mph, and Niemeyer wonders if it might actually be too fast to control inside the confines of the BattleBot arena – the 48-by-48-foot square where teams pit their mechanical creations against each other in metallic combat. There, robots square off and batter, burn or otherwise disable their opponent until one of them can no longer move or function.

BattleBots is a popular televised competition pitting homemade robots against one another in combat. It is Niemeyer’s longtime passion, and one toward which he has dedicated considerable time and resources. He estimates he has spent a little over 1,000 hours working on his current bot, which he hopes to enter in the 2022 BattleBot season.

As he prepared for the 2003 season, Niemeyer built his second BattleBot. But the competition was enduring financial and legal problems at the time and closed down after a five-year run. It finally returned in 2015, first on ABC then on the Discovery Channel.

After an unsuccessful run for the state legislature concluded last fall, he finally felt he had the time to dedicate toward building a third version of the wedge-shaped robot that he favors.

“It’s just exploded in popularity,” he said. “That’s when I decided that I’ve got to get back into this. I’m almost 67, so I might not have many more chances.”

Niemeyer is building his latest robot – the Pteradominator – with the help of his two adult children. The machine is so-named because, from the side, its shape resembles the head of a Pteranodon, a flying reptile that lived in the late Cretaceous period some 70 million years ago. He plans to paint the robot green, add scales and a pair of predatory eyes.

Inside, however, is where Niemeyer’s engineering expertise is brought to bear.

A mechanical engineer by education and trade, Niemeyer started New Ventures LLC, in 1988 and specializes in product development, engineering and prototyping medical devices. He uses his home laboratory and a separate shop in his backyard containing an array of tools to precisely machine aluminum parts for his BattleBot. He then assembles everything in his garage.

He powers his robot with a pair of 36-volt battery packs. Like many of the parts used in his creation, they are commercially available and have been adapted specifically for the task at hand.

For instance, he is using small polyurethane wheels taken from inline skates while the larger rear drive wheels are taken from a commonly available hand truck.

Another example is the way he has adapted a welding regulator to carefully measure the amount of air he will need to power an internal piston that he intends to use to propel opposing robots upward and into the air.

Then there are the pieces of AR600 steel he has had machined into a series of rotating blades. These are packed together into a row on the rear of the robot and spin at up to 8,000 rpm. Any opposing robot running into them, he says, will get “munched.”

“I want to be able to have this thing spinning like crazy and actually be able to carve a hole in them, as opposed to just trying to knock them over,” he said.

The real test will come if and when his latest robot is accepted into the BattleBots competition. It’s likely too late for 2021, but he hopes to have the Pteradominator completed in the coming months just in case a team drops out and a replacement is needed. Barring that, he is looking forward to the 2022 season.

“They told us we’re probably not going to get in this year,” he said. “But if, all of a sudden, they call me up and say, ‘Hey Robert, we need you to show up,’ then I’ll go for it.” 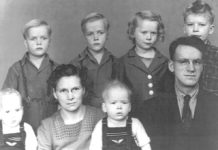 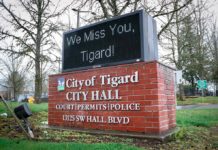 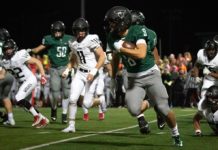