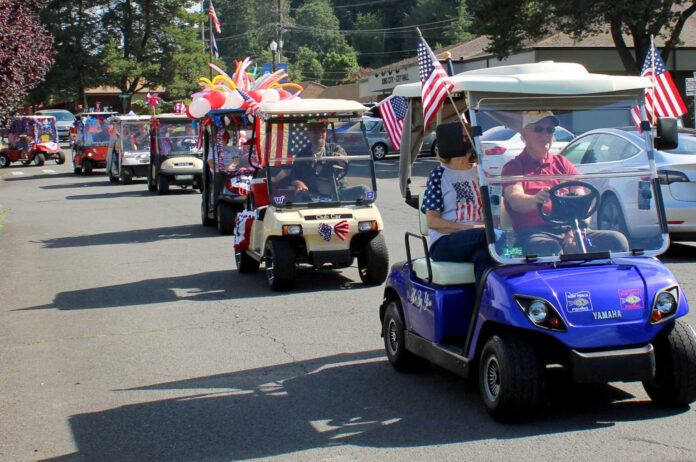 One of King City’s most cherished traditions came back in all its tri-color glory on the Fourth of July with its annual parade through town.

Dozens of decorated golf carts were matched in number by kids on wagons and bikes, with a few classic cars and emergency vehicles thrown in for good measure.

King City has a long, proud tradition of Fourth of July parades, starting with an annual July 3 parade of golf carts that traversed the original King City Civic Association (55-plus) area around the golf course for more than 30 years. Several years ago, the King City Community Foundation, under the leadership of co-founder and now Mayor Jaimie Fender, proposed a citywide parade that would start at the KCCA Clubhouse and end up at Community Park in Edgewater on the Tualatin, the “new” part of King City, incorporating the golf cart parade with tricycles and baby carriages.

It grew year by year until Covid forced it to shut down in 2020, but it definitely enjoyed a resurgence this year.

Fender was on duty again this year, greeting people who arrived at the parking lot, directing them where to go, lining up the golf carts on one side and the classic cars down the middle, answering questions and giving the countdown to the start.

Just before the parade started, City Council President Micah Paulsen and his wife, Planning Commission Chair Annie Paulsen, took off in their golf cart on an emergency mission to get candy to toss to spectators before rejoining the parade.

A Tualatin Valley Fire & Rescue Engine 35 crew led the parade followed in quick succession by a steady stream of vehicles and people.

Bob Brunken had a double entry in the parade – two classic cars, with his wife Christine driving one of the vehicles. One was a 1955 Chevrolet that he bought in 2009 “as a project.” He added, “It was in pretty bad shape. I was an automotive instructor at PCC, and after I retired, I decided I wanted to restore a vehicle. For the longest time my wife saw me in a cloud of dust in the garage.”

And King City resident Frank Frederickson was driving his 1942 Chevrolet that he has owned for 25 years for the first time in King City’s parade.

Bob and Wendy Marchant are longtime parade participants, and although their golf cart was one of the most-decorated this year, they demurred, saying, “This was a short, quick job. We only spent three days on it. Before we have had much more elaborate decorations like a birthday cake and Uncle Sam that took a month to get ready.”

Ray and Kay Johnson are newcomers to King City, so they were participating in the parade for the first time in their decorated golf cart with their dog Abby in tow. “We spent a couple days decorating it, but I think it will take longer than that to get everything off,” Ray said.

A hard-to-miss participant was “Uncle Sam” (aka King City resident Ralph Coleman), who said, “My dad gave me this costume. We got it out of storage, which is why it’s a little wrinkled.”

And not to be forgotten was “Supergirl” (aka Ellie Mohr), riding her bike in the parade. A resident of King City, she said she chose the costume because “I just like the colors,” not to mention that the costume’s red-and-blue color scheme tied in perfectly with the Fourth of July’s patriotic colors. 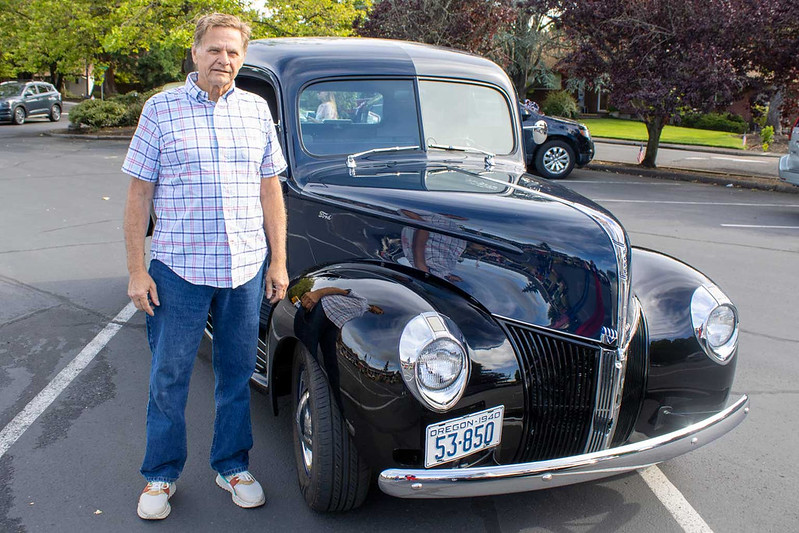 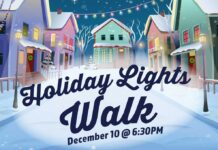 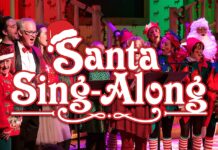 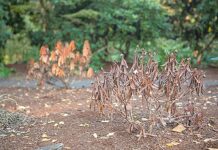 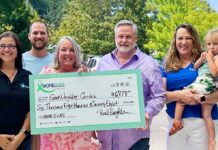 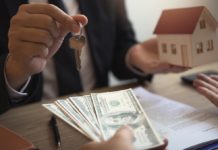 What You Need to Know About Mortgage Forbearance