Liz Newton, who was a City of Tigard employee for nearly 37 years before retiring and running for the City Council in 2018, surprised many people when she announced May 23 that she would not seek a second term in this fall’s election.

In her press release, she stated, “I have problems with my feet which have become somewhat more limiting over the last year and a half. It depends on the day. Corrective surgery with an extended recovery may be scheduled but the timing remains uncertain.”

Newton told Tigard Life she was diagnosed with severely structurally unstable feet, and while for the most part she gets around fine using orthotics and recently added walking sticks to her regimen, she has to be careful on uneven surfaces.

“Some people with this condition are not even walking,” Newton said. “The problem is the (timing of) the surgery is not predictable, and recovery can take three to six months. They basically have to rebuild the foot.”

Newton said that she works out, and while she thought her condition was fairly stable, when she remembered how much walking she did while campaigning for a City Council seat in 2018, she realized she could not keep up that pace again.

“I walked (going door to door) for two to four hours every Saturday and Sunday and a weekday,” she said. “Not being able to do that now, I thought about whether to run again or not for a good six to eight weeks. But you do what you need to do, and for me, it was putting my health first.”

Another factor for Newton was that the first day to file to run for the mayoral or City Council positions was June 1, so she wanted to be transparent and give potential candidates time to decide whether to run or not.

Newton said that she definitely will not have surgery this year while she is still a city councilor, and in her press release, she stated, “I plan to continue to work hard for you until the end of my term and hope to connect with you in person… Again, I am honored at the trust you’ve placed in me to serve you.” 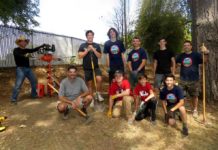 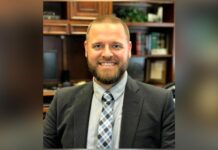