From what started as an empty white wall, evolved into a new mural that was created adjacent to the Fanno Creek Trail. The new mural incorporates aspects of Tigard’s and Fanno Creek’s history, dubbed: “A Walk Through Time.”

It is part of a much bigger project to rejuvenate Main Street. The art installations have been and continue to be a major component towards giving new life to downtown Tigard and this project is seen as a way to continue the arts-based revitalization.

The mural started as an idea within the City of Tigard staff along with Eric Xu, who owns the property where the mural remains and Derrick Wright and Tate Breswick, the owners of the Senet Game Bar and the Versus Board Game Shop. The city staff then contacted Tiffany Conklin at the Portland Street Art Alliance, a non-profit organization supporting art projects, who commissioned the artist: Jeremy Nichols.

This wasn’t without its own complications. “I thought [theproject] was something totally different in the beginning,” Nichols said. “I thought I was retouching a historic mural. I didn’t want to redo someone else’s work. So I told the Portland Street Art Alliance from the beginning: ‘No I’m not interested in that.’”

Eventually, the miscommunication was resolved, and Nichols agreed to the proposal. The new mural was to involve the local history and ecology of the Tigard area and Fanno Creek.

The City of Tigard worked with Carla Staedter, a City of Tigard engineer, ecology specialists in the city and Sean Garvey, a local historian who runs the Tigard Library Local History Room. Together, they created a list of ideas and concepts to be included within the mural.

Nichols’ large-scale design depicts a member from the Kalapuya tribe who were the indigenous people of the area as well as native flora and fauna including a red-tailed hawk, western painted turtle, great blue heron, salmon, trout, an Oregon iris and camas flowers.

Blending these Tigard attributes brought out the purpose of bringing life to a more neglected region along the trail. Dylan Dekay-Bemis, the City of Tigard Economic Development coordinator thought that “the mural project was seen as a way to enliven a key stretch of the Fanno Creek Trail where it meets Main Street in downtown Tigard, as well as bringing some beautiful and iconic artwork that will enhance access to art in Tigard and enhance walkability and the identity of downtown by enlivening the streetscape.”

However, Nichols knew that many did not know a lot about Tigard’s past and the local wildlife, and thought of a good purpose for the mural, “To bring awareness of what was here as far as the animals and the Native Americans, also to attract more people to utilize the trail,” Nichols stated.

Main Street is the most popular pedestrian destination in Tigard with the intersection of Fanno Creek Trail being a key walking and biking route. The building adjacent to the trail filled with new local businesses created the ideal location for the piece.

Although the mural brought new challenges and experiences for Jeremy Nichols, he was more than capable as this wasn’t his first go-around. He has been painting murals since 2003 and has been an artist for around 20 years.

“I had a skateboarding background in the beginning which then led to an interest in graffiti. That led me to go to art school and ultimately murals,” he said.

The Portland-based artist tends to paint more abstractly involving a multitude of shapes, concepts and shading. This made the realism in the fauna and flora of the Main Street mural to be somewhat new to Nichols. “Last summer we did a mural in The Dalles that was enormous and I was pushed to do photo-realistic animals and that was my first time doing that and I had so much fun that I continued to do more,” Nichols explained.

This led to the project not only being completed with only a few minor complications, but also an enjoyable experience for the artist. He explained that “everything has gone really smooth and really chill. Everyone around is really nice and supportive.”

The official unveiling of “A Walk Through Time” was on July 22 and you can visit the mural yourself at 12553 S.W. Main Street besides Versus Board Games. To see more of Jeremy Nichols’ work, you can visit his website at www.plasticbirdie.com. 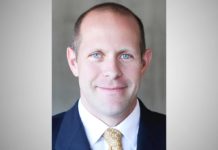 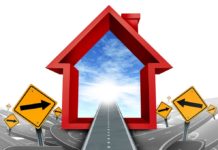 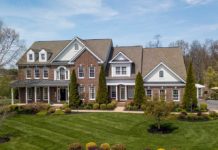 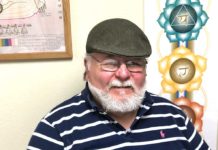