Tigard High School has a long and proud tradition of honoring local veterans with an all-school assembly right before Veterans Day, and this year’s program was as heartfelt as ever.

Gus Jaramillo, head custodian at THS, led the posting of the colors at the beginning of the program, which he has done for many years.

As part of the event, MCs Tim Hummel and Nicole Barker, both teachers at the school, asked THS students planning to join the military to stand, which many did to rousing applause.

The keynote speaker was Col. Vince Dawson, who served in the U.S. Marine Corps for 25 years, was deployed to Kuwait, Iraq, Afghanistan, Germany and the country of Georgia, and is now a sergeant in the Salem Police Department.

“This (assembly) is the gold standard for what students and staff have to offer (veterans),” said Dawson, who joined the military while in college because he wanted a challenge and wanted to lead people.

When college student Dawson went for a job interview, the interviewer saw the USMC sticker on his folder and hired him on the spot, an advantage that has benefited him and contributed to his “life experience” for 25 years.

Speaking to the students, Dawson said, “All you have known since you were born was a country at war… This is your opportunity to decide what life experiences you are going to have. Hopefully, you will remember the lessons from these assemblies.”

He encouraged the students to thank veterans when they meet them and also do community service to benefit their community.

More than 50 veterans attended the event, and perhaps the best part for them every year is when the assembly is over and students flock to shake their hands and thank them for their service as they file out.

King City veterans always get the royal treatment with Pomp and Circumstance and music at the King City Civic Association Clubhouse just before Veterans Day.

This year’s event, held Nov. 10, started with “Reveille” played by Dave Nelson, a retired member of the Tualatin Valley Community Band. Members of Tigard Boy Scout Troop 423 then posted the colors followed with an invocation by Billie Reynolds.

Jerry Larsen, a Vietnam War veteran, led the audience in singing the Armed Forces fight songs accompanied by Muriel Dresser on the piano.

A big part of the event focused on the Honor Flight Network program, a non-profit organization that sends veterans on four-day trips to Washington, D.C., to visit war memorials, the Capitol and other landmarks.

Bill Gerkin, a member of the King City Lions Club, has been the No. 1 Honor Flight fundraiser by recycling redeemable bottles and cans.

“So far, his efforts have paid for I think about seven veterans to make the trip… ” Hailey said.

Reynolds read the poem “In Flanders Field” before telling the audience a little about three King City veterans who have died in the past year – Frank Passmore, Larry Torrey and Bill Gaskill.

There are currently 1.6 million WWII veterans alive, but about 1,000 die daily, and WWII veterans are given first priority to go on the all-expenses-paid trips.

Veterans in the 55-plus Summerfield community were honored by a full contingent of their fellow residents turning out for a Nov. 11 Veterans Day celebration at the Clubhouse.

The Summerfield Singers, led by Julie Helle with Nancy Vink on the piano, led the group through such classics as “America the Beautiful,” “The Battle Hymn of the Republic,” Yankee Doodle” and “You’re a Grand Old Flag” before moving on to the military branch songs. As the Army, Navy, Marines, Coast Guard and Air Force songs were performed, Helle asked those who served in that branch to stand.

Royal Villas residents celebrate their resident veterans every year with a Veterans Day breakfast, and this year the MC was U.S. Army veteran Tom Wirch, taking over for Air Force veteran Fred Buss, who led the event from 2012-17 and passed away this year.

The Nov. 9 event started with the Posting of the Colors by the Aloha American Legion Post 104 Color Guard. Everyone sang the military branch songs accompanied on the piano by Judy Crosman and the violin by Delpha Rieboldt, and three representatives from the non-profit Quilts of Valor Foundation presented four surprised veterans with their own quilts.

According to Tucker, Quilts of Valor was started in 2003, and 150 quilts were made and gifted to veterans in the first three years; now 233,148 quilts have been made and presented to veterans.

Next on the program was the Bell of Remembrance, when a bell was rung for each of the Royal Villas resident veterans who died this year. In addition to Buss, Curtis Tigard and Bill Weaver passed away.

Veterans can be nominated on the Quilts of Valor’s website at qovf.org, and requests are forwarded to the veterans’ state of residence. The process from request to presentation can take from six months to 1 ½ years.

“Every quilt is touched by many hands,” Tucker said. 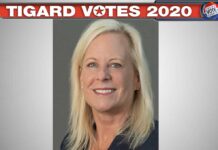 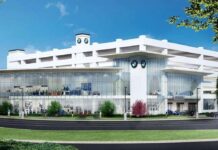 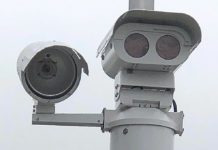