In early June, amid nationwide outrage over police brutality and racism triggered by the killing of George Floyd, Mayor Jason Snider challenged the city and community to work to root out racism in Tigard.

The city’s leadership team, composed of the city manager’s office and department heads has taken on that challenge by creating an “anti-racism action plan,” which, according to a draft of the document will seek to eliminate institutional racism in city programs and structures and ensure equity in the community.

The plan lays out a variety of actions aimed at identifying and addressing racism and bias in city operations, stating, “institutional racism exists in cities, and we are perpetuating it. We need to see racism and find it in our cities, our own operations and structure that we have set up.” It also calls on the city’s leadership to “look at ourselves individually” to identify personal biases.

“This is a living document, and it will constantly be evolving just as we as individuals will constantly be evolving as we embark on this journey,” Assistant City Manager Kathy Nyland said during a July 28 City Council meeting where the action plan was discussed. “And we’ll be constantly assessing how we are doing and that’s the importance of really identifying and defining what equity really is and creating and embracing that equity lens. It’s going to be ingrained in how we approach our operations and how we make decisions.”

A key component of the plan is the development of a “racial equity lens” through which city operations and services will be filtered with the goal of creating equitable outcomes. The plan mentions similar methods used by the Tigard-Tualatin School District and Seattle, which uses a “racial equity analysis” when making decisions about city policies and programs.

Among the many department-specific actions outlined in the plan are evaluating “access points for civic participation” and increasing the recruitment of people of color for city boards and commissions; creating policies to ensure a more diverse candidate pool for city jobs; and establishing “cultural norm training on how to identify racist remarks and more subtle microaggressions” for city employees.

The Tigard Police Department will also take steps to increase the diversity of the work force, the draft says, including reviewing data on where people of color are being eliminated in the hiring process and establishing interview panels with spots for community members, including people of color, faith communities and other groups. Officers will also undergo crisis intervention and de-escalation training, which will be funded by the public safety levy passed in May.

The city will bring in a third party to help do the work laid out in the plan and “ensure we are not asking communities of color to solve this problem that was created by white people,” according to the draft.

“There is no start or stop point with this exercise. It’s going to be ongoing. We are in this position because of actions taken over centuries,” Nyland said.

During the July 28 meeting, Snider said that “there is a strong desire within our community to have constructive dialogs.” He shared a story about a call he’d had with an older Tigard couple, who were “coming from the position of really not seeing, in their perspective, racism playing out locally.”

The couple said they wished there were opportunities in Tigard to learn more about these issues, Snider said.

“It gave me hope. There were people almost 80 years old and really profoundly concerned,” he said. “These are all very challenging topics, and it’s going to take thousands of conversations like that between everyone in our community to help move both us as a city and community, and as a country, forward. I’m excited to have the city of Tigard on this journey.” 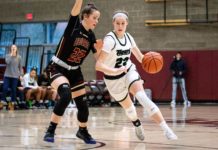 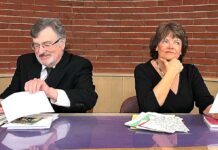 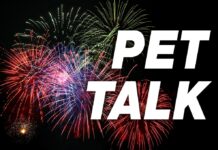 A Healthier Approach to the Holidays