A disbanded Tigard task force to address homelessness in the city could be revived in the near future, due to the continued increase in the number of unsheltered residents living locally.

The Tigard City Council directed City staff to look into this and other potential actions to address the issue at an April 20 meeting where they heard from Tigard Police Department Community Service Officer Brandon Peterson and others who deal regularly with resident and business complaints. These complaints stem mainly from garbage, public camping and other outwardly visible signs of homelessness that City officials say have been rising over the past year. The earlier task force assigned to the matter filed its last report in 2018, but many now say it’s time to bring that group back, and perhaps in a more active form than before.

“That task force last met in May 2018,” Assistant City Manager Kathy Nyland told the Council, “and around 50 percent of their recommendations have been implemented. But it’s definitely something that’s on our radar of contemplating what (our response) should look like.”

A Feb. 2 public roundtable meeting, Nyland added, featured Tigard residents who highlighted public camping sites, safety concerns, fire hazards, public dumping of garbage and other issues related to homelessness in the community. But, she said, effectively addressing these matters will take a comprehensive approach that transcends just the City.

“Homelessness, as you know, is a very complicated issue and there is no simple solution,” she said. “Allocating additional resources to address garbage, debris and vandalism, and coordinating internally with the City, the region and state, and we’re going to need help from the federal level.”

Locally, the City has already ramped up its response to the issue. Last October the Tigard Police Department permanently assigned Peterson to respond to homeless complaints and perform proactive outreach to unsheltered people. Since then, Peterson has successfully connected unhoused individuals with an array of services and organizations including Just Compassion, the Good Neighbor Center and the Bybee Lakes Hope Center in Northeast Portland. The latter is a new shelter facility located in the former Wapato Jail. It will eventually provide enough space and amenities to house up to 800 people and will include a cafeteria, health clinic, playground and gardens.

Peterson said the difficulty of working with individuals who often suffer from mental health issues, addiction and disadvantages such as lacking official ID or financial resources means a position like his can be the difference between a person finding shelter or languishing on the streets. This is also why so-called “wrap-around” services addressing those issues are critical in helping homeless service providers and public agencies move this population into stable housing.

At the same time, he added, he is also responsible for enforcing a City ordinance prohibiting camping in environmentally sensitive areas such as the wetlands along Fanno Creek, as well as dealing with behavioral issues that may technically violate the law.

“I’ve been working to find the balance between enforcement and outreach,” he said. “And homelessness has no one-size-fits-all solution.

“As the unsheltered houseless population grows in our area, they become more visible along our greenways, trails and highways, and it is mutually beneficial to the city and our houseless community to provide resources that aid in finding permanent housing.”

Peterson pointed to a homeless man named Larry as one example. He met Larry just behind city hall on the Fanno Creek Trail in December, where Larry told him he had been kicked out of a shelter and was having trouble obtaining an Oregon ID because he had no permanent address. Eventually, Peterson was able to connect Larry with Just Compassion and that group’s winter shelter. He added that by March, City crews swept through and cleared five homeless camp sites along Fanno Creek, including Larry’s.

Another large encampment was found adjacent to the Carriage House Apartments near Highway 217. There, Peterson said, the camp was located in the Oregon Department of Transportation (ODOT) right-of-way, and just two weeks after apartment residents reported the camp to the City, it had tripled in size, leading residents to fear for their safety.

Finally, on March 12, a cleanup crew contracted by ODOT cleared the campsite of tents, garbage and other debris and “no trespassing” signs were put in place.

“That’s my question and challenge to the team,” Mayor Jason Snider said. “How are we going to take meaningful action and what structure do we have to make that happen? Do we have an action plan? Are we working on one? This all needs to be very action oriented.” 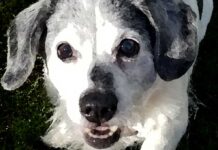 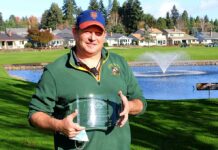