After finishing out a basketball season in the month of June last year following multiple postponements, you’d expect the uncertainties this year to be kept at a minimum. While this is mostly the case and the general sports experience has improved through more consistent play, the Tigard girls’ basketball team finds themselves in a bit of a slump amidst rising COVID-19 Omicron cases the past several weeks.

On paper, the Tigers have actually seen a not-half-bad pre-season with an overall 6-4 record to rank top-32 in the state. Particularly, they won five of their first six games on an average margin of 16.4 points.

In contrast, in last year’s haphazard 14-game schedule, the team went 6-8 overall with three of those wins from their final three games. Not to mention that practices before that season were nearly non-existent and a “culminating week” replaced a true post-season

But through this and last year’s season, the roster remains familiar with seven returning players. Senior 6-foot-4 Sarah Lamet takes on post once again as a key piece to the team with point guards junior Hailey Shimojima and senior Kaylin Kisor in their third varsity season. Who’s new? Sophomore Ocean Deisner (5’6) jumped up from junior varsity and two freshmen – Jordyn Smith (6’1) and Emma Fauth (5’10) – joined the fray.

Springing into this season of promise, the Tigard girls spared no opportunity and took first place in their home-hosted, two-round, four-team Bill Gabel Invitational tournament. They followed it up with a loss to South Salem but continued their overall momentum to sweep Sunset (40-29), Sandy (62-26) and McMinnville (40-35) through Dec. 16.

With rising COVID-19 cases and exposures due to the recent worldwide Omicron variant surge, many students and athletes alike would have to quarantine at their residences. Tigard High School’s online school newspaper, “The Paw”, reports that the school had seen hundreds of COVID-19 related absences in the first week back from winter break, and a recent newsletter published by Tigard-Tualatin School District superintendent Sue Rieke-Smith stated that the district had 716 students in quarantine by the end of the first week. As it seems, the Tigard girls’ team was no exception and left a lot of ball experience on the table.

“We’ve had a lot of COVID problems, so we haven’t had a full team,” Shimojima told Tigard Life. “A lot of our players didn’t get the opportunity to go to practices. Some of us haven’t touched the ball a lot.”

The team tallied a 1-2 record through the POA Holiday Classic and further felt the consequences of absences on Jan. 6 in a 63-27 defeat to Westview despite having their full team back in action.

“It’s been tough for the team to bounce back together,” Shimojima said. “We just came back today as a whole (versus Westview), today was a few of the players’ first day back.”

In the 36-point loss, Lamet scored highest with 13 points while the team hit 11 of 38 from the field. Skills weren’t necessarily at fault, but rather the teams’ confidence as a whole, Shimojima noted. With fragmented full-team practices, and lessened experience together, their performance took the brunt of the hit. Still, the Tigers are making the most out of their games and looking for any chance to improve.

“When we talk on defense, or just talk in the game, you just get confidence from teammates talking,” Shimojima said. “Teammates will make you try hard, and you want to do it for your team, so your teammates’ energies just help you out.”

Even with a new round of uncertainty surrounding yet another sports season, the team is seizing what they have as they enter league play in the Three Rivers League on
Jan. 22 against Tualatin. 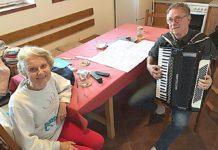 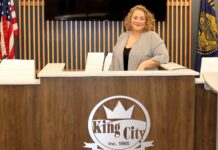 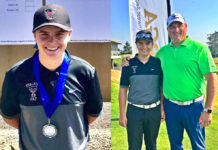