A worldwide coronavirus pandemic wasn’t going to stop a group of mask-wearing King City residents from holding their annual Fourth of July parade this year.

A couple dozen King City Civic Association residents rallied to the call put out by Louie Martinez and showed up in the Clubhouse parking lot on the morning of the Fourth of July with their decorated golf carts, classic cars and more modern vehicles.

Almost every year for decades the KCCA held a golf cart parade on July 3; meanwhile, for several years the “new” part of King City, Edgewater on the Tualatin, held its own parade on the Fourth that included mostly tricycles, bicycles, wagons and strollers.

Several years ago, Jaimie Fender, who lives in Edgewater and is now the City Council president, proposed one citywide parade through both parts of the city that would end up in King City Community Park with food, music, vendor booths and kids’ activities.

Every year the event has gotten bigger and better until it had to be canceled this year, so Martinez stepped in to propose a smaller parade that would just go along the streets around the Golf Course.

“I was a police officer in Phoenix for 35 years and rode a motorcycle at Super Bowl events and for presidential visits,” he said. “Holding a parade here this year was way to honor the 2020 graduates and first responders. The reason I kept it small was to not stress the Police Department with an all-day event.”

The parade included some old and new entries. Among the “old” was Lady Liberty who has hitched a ride on Will and Janet Craig’s golf cart for the past several parades, but Will noted, “She’s about to retire, the old girl. We found her online and have taken her along the last three parades, but last year she had the rear seat so Captain America could go upfront. That’s what our grandson wanted.

“This parade has always been fun. It’s nice this year to be sociable at a distance and still have fun.”

Diana Pliler probably would have won a prize for the most decorations on a single golf cart, and she explained, “I had more I could have put on! I feel that if we just cheer up one person, it is worth it.”

She went to tell Will Craig, the parade’s lead vehicle, not to go too fast, and he replied, “If I did, my lady would fly off,” and Pliler added, “My decorations might follow her.”

Will Craig told her that the precariously balanced “firecrackers” on the roof of his golf cart already “went from there to here.”

The newest entry in the parade was Eric Groh’s 1964 fire-engine red Falcon Sprint convertible. “I got her three weeks ago sight-unseen from Texas on the internet,” he said. “She doesn’t like to start after she’s been running for a while but she starts up great in the morning. I had a ‘65 Ford Galaxy in high school.”

Riding shotgun was Groh’s suitably dressed chihuahua Bruno, with Groh explaining, “We were late because he was getting dressed.”

After the parade participants had gathered, Martinez got everyone’s attention and thanked them for coming. He recognized King City Police Officer Cody Everett as the Fourth was his last day on the job before relocating to Tennessee. Folks at the parade had signed a card for Everett, which was presented to him.

As soon as the King City Tualatin Valley Fire & Rescue Station 51 fire engine and medic unit arrived, the parade was off to the races that included making a traditional loop in front of King City Senior Village to the cheers of the residents.

Summerfield for the first time held two golf cart parades this year. The first organized by Mel Simrell took place on June 17 on streets to the east of 98th Avenue, and on the Fourth of July, a parade organized by Sandy Brewer with golf carts decorated in red, white and blue hit the streets on the west side of 98th. 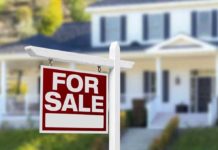 Tigard-Tualatin Students Return to the Classroom 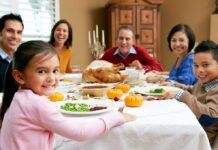