As a prospective developer watches Mike Weston’s computer monitor, the King City city manager moves his cursor over a map of properties within the city’s new urban growth boundary, clicking on nearly every other parcel as he says those owners have expressed interest in selling or developing.

In December 2018 the Metro Council approved King City’s request to bring the 528 acres between its city limits at 150th, Beef Bend and Roy Rogers roads and the Tualatin River into the urban growth boundary for future annexation and development.
Other cities with successful bids approved by Metro recently were Beaverton, Hillsboro and Wilsonville, which all had to prepare concept planning and housing needs analyses for their submissions.

But before any development takes place, King City must finish a transportation system plan for the area that is already underway thanks to a grant and complete a master plan plus a parks and trails plan. Weston expects each plan to take 12 to 18 months to complete and projects that “it will be three more years before annexation could start.”

Weston knows there is interest in the expansion area, noting, “Lots of land owners have been coming in individually and asking about infrastructure development. It is a heavy lift for individual property owners, but a larger group could do it.”

The concept plan approved by Metro shows a town center that wraps around Al’s Garden Center at the intersection of Roy Rogers and Beef Bend roads that could include a new City Hall, city library, retail businesses, restaurants and perhaps a hotel along with residential development.

In between the town center and existing city limits would be several neighborhoods spread over about 300 acres and include up to 3,300 homes that would become less dense as they approach the current city limits. The deep ravines that plunge through the UGB area between Beef Bend Road and the Tualatin River would be off-limits to development except for trails.

The current City Hall is undergoing a $1 million-plus total renovation that started in December and is expected to be completed in April, while city business is run out of cramped portables in the former police parking lot, but short-term pain is worth the long-term gain, according to Weston.

He explained that the remodeled City Hall would continue to be used by expanded municipal court and police services even if a new city hall is eventually built “out west.”
“We are creating a long-term plan with a lot of puzzle pieces to fit together,” he said.
Weston traces the concept of expanding King City’s city limits to the beginning of 2016 when it was suggested during a City Council goal-setting session. Along the way, groups opposed to King City’s expansion tried to stop the project from going forward, including one that filed an unsuccessful lawsuit.

The residents of the Rivermeade Community Club that was established in 1948 live in 49 households along a dead-end road off Beef Bend that ends in a private park
on the Tualatin River. They fought the UGB expansion in part because preliminary plans show Fischer Road being extended through their community.

But King City prevailed, and Weston is now juggling the overlapping studies as well as multiple city projects. Once the expansion site is open for annexation, the city will use the “cherry stem” method of annexation that allows properties to be annexed if at least one property within a set distance on the same road has already been annexed. Then each site can be developed based on its zoning designation.

“Right now, we have many interested parties who want to annex – both individuals and companies,” Weston said. “I believe we have enough large property owners for annexation requests to leap-frog throughout the area. The housing will come first, and the town center and commercial aspects will come later.”

He stressed that as the studies are done over the next couple of years that there will be multiple opportunities for community input as there were when the UGB application process was underway.

Of the UGB expansion, Weston said, “It’s a beautiful area with a ton of potential. We started with a blank slate and with public input came up with a plan. With all of our other projects around the city, this is an exciting time.” 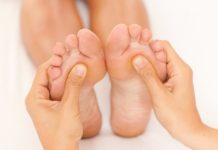 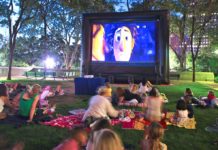 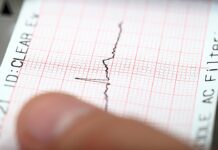