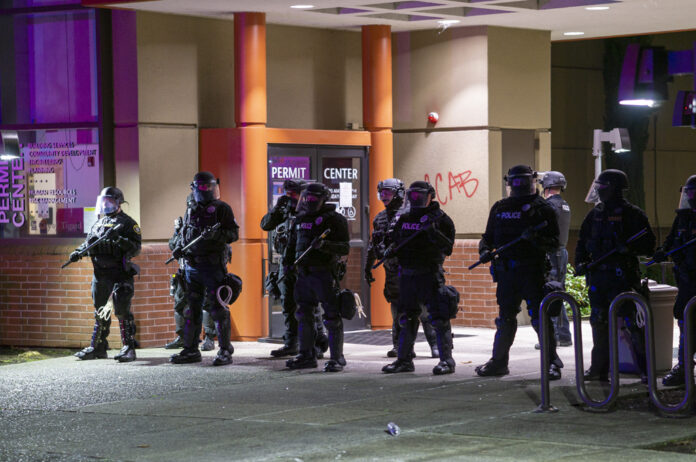 As a Tigard resident, I wanted to offer a response to the article in the Jan/Feb issue of Tigard Life regarding the police shooting and riot that transpired.

After reading the article, I was overall concerned by the tone of the article. From the start, it was positioned as accusatory that police were inappropriate in their response to the call for service involving Mr. Macduff. Though the mainstream narrative that police are bad is socially acceptable in some circles locally, it surprised me our city paper would also seem to set that tenor.

Ultimately, it would seem prudent for a journalist to evaluate the circumstances of a tragedy such as this through the lens of facts and reason, not emotion. This article included emotional arguments, rather than a primary intent to understand the truth about what occurred and whether it was justified. The multitude of misinformation and ignorance surrounding police in America seems to be exasperated by many in the media lacking the fortitude to speak truth. Once the grand jury trial and exhaustive investigation is complete, comprehensive facts will be known about the case. I hope there will be equal attempt to objectively cover the outcome of the case and policing in general.

The article said the police department “offered few additional details” of the incident but the details stated seem to offer a completely justified reason to use deadly force on someone. The information released would suggest that Officer Maldonado did exactly what we as the community expected from him as a law enforcement officer responding to a 911 call for help involving a violent crime. Why should that be challenged without any facts to the contrary? The information that followed seemed to be a rebuttal to that which was released by the city and a method of offering an alternative truth and fact pattern to what happened that day- void of any proof. This alternative reality is based on speculation and conjecture rather than a basis of truth.

The article spent time recounting the narrative of the roommate, without critically vetting whether those allegations were true. This roommate, as a non-witness, offered speculation that does not include evidence, especially when it came to her account of why and how police fired the shots. The roommate asserts that police executed Mr. Macduff in cold blood, which is a horrific allegation. The fact that this was included by the editor indicates the bias of the viewpoint being communicated. Nor was there a balancing perspective or acknowledgement that the use of deadly force could be completely justified and necessary.

The roommate blamed police for not providing her the proper mental health resources, but I questioned why she knew Mr. Macduff was off his meds for 9 months, watched his escalation, and didn’t think to google “mental health resources” on her smartphone?  It took me about 3 seconds to come up with 20 great options to call, including one of the top returns, the Portland Police Behavioral Health Unit, with their exhaustive list of phone numbers and organizations to call.

But ultimately, mental health does not excuse poor behavior. Someone experiencing a crisis is very capable of hurting someone else and threatening/provoking a violent encounter. We should not conflate the two. Based on the opening line of the article, one could infer that police encountered someone in crisis and therefore killed them. That is furthest from the truth and the writer does its reader a disservice in implying that. The article could just as easily have read “police threatened with knife wielding suspect defend themselves, resulting in officer involved shooting”. Though I know this would not be socially acceptable in today’s anti-police culture, it would certainly be more accurate, given the facts that were released by the police department.

Lastly, in regards to the “protest” account, I would offer a word of caution that we not soften and normalize riotous behavior. The fact that a group chose to riot in Tigard, Oregon should be the most shocking event to all residents that day. To imply that these were just “protesters” and “activists” is a fabrication of the truth and I wish we could call it what it is. Those that watch the videos and see the photos can clearly understand that this was an organized group of anarchists. The photo you captioned with “protesters” could easily be a case study on the dress and tactics they regularly employ. This mob had a plan to cause chaos and destruction. They worked as a cohesive group to accomplish that. Their hateful approach shows they don’t care about the truth about what happened to Mr. Macduff. They are just outraged at police -regardless if the facts suggest that the officer acted justifiably to a dangerous threat. To sympathetically refer to this group of rioters as “protesters” or “activists” provides them cover and excuses their poor behavior. It would seem we have normalized criminal behavior in the Portland Metro area and accepted hate and criminal behavior as an appropriate response when we disagree with something.

I do hope that the tone of future policing articles in Tigard Life takes a firm stand on what is true about our police. There is a plethora of allegations and criticism regarding police nationally that is inconsistent with reality in Tigard. We do our police officers and residents harm to paint an inaccurate picture of the world we live in. We have some of the finest law enforcement professionals employed in Tigard. There is strong evidence to support that.  I hope that this publication will be committed to fairness and accuracy when evaluating our Tigard police officers in the future. Sadly, it would seem that this article missed that mark. 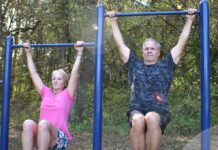 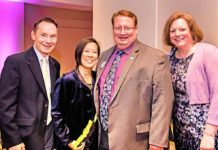 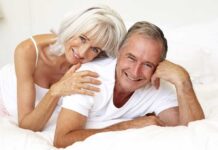 Hormones play a major role in a multitude of bodily functions