Gurinder Chadha’s 2019 film perfectly captures what it’s like to find a hero in a rock star. The story follows Javed Khan, a Pakistani teenager with ambitions of becoming a writer in the small town of Luton, England. Set in 1987, Javed struggles to be his authentic self amid intense racial disparity in his small town and his family’s more traditional views. Feeling lost, Javed’s life changes when he discovers Bruce Springsteen. The film comes from the same director as Bend It Like Beckham, and it shares the previous film’s sincerity and themes of personal ambition and family. The movie brilliantly interposes Bruce Springsteen’s music with Javed’s unique experiences and will make a fan out of anybody.

Wren is a young punk with a desire to break into the scene, but little idea how. The 1982 film begins with Wren posting concert posters around the city, using tape to stick a hand drawn ad on the doors of the subway. A rare snapshot of early 80s New York City, it’s great fun to see cameos from real life punk legends that made up the scene at the time. The laid-back guitar score gives the film a near-ambivalent tone, but its depiction of Wren’s struggles to join a male-dominated industry reveal the film’s deeper message. Catch the digitally restored version on the Criterion Collection streaming service or on HBO Max.

This Swedish film is a sweet story of three young girls who start a punk band. Set in a middle school in Stockholm, Bobo (Mira Barkhammar) and Klara (Mira Grosin) deal with constant taunts that punk is dead. They know it’s not, so they cut their hair, take refuge in punk music from all over the world, and start a band with their musically gifted new friend Hedvig (Liv LeMoyne). The film captures the earnest struggles of being a kid that wants to grow up, and the lessons learned along the way. As the girls teach themselves how to play their instruments, you’ll feel their excitement and may even consider starting a band yourself.

A must for any horror fans, Mandy is a uniquely absurd and twisted story of vengeance starring Nicolas Cage. Red (Cage) and Mandy (Andrea Riseborough) live a quiet life together in the Pacific Northwest until Mandy is kidnapped by a bizarre cult. The group is led by aspiring musician Jeremiah Sand, and the strange characters that make up the group are just as sinister as him. Though the story is unnerving, it really gets going once Red attempts to rescue his one true love Mandy. The film is a wild ride, with scenes featuring Nicholas Cage wielding a crossbow and riding through the forest on a four-wheeler. Equally compelling is the late Jóhann Jóhannsson’s guitar score, which is as immersive and mesmerizing as any good metal show. 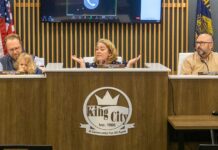 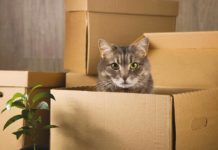 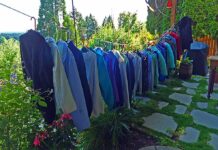 Diabetes in Cats and Dogs