Much of the area along Roy Rogers Road is still filled with family farms and rural businesses, but that pastoral scene is going to be transformed into housing and commercial developments in the not-so-far-off future.

That was the picture presented by Tigard Senior Planner Schuyler Warren, project manager for River Terrace 2.0, during a Citizen Participation Organization 4B (Bull Mountain-Tigard) Zoom meeting on Feb. 11.

The City’s goal from the beginning has been to develop the sites to provide multiple options for housing, recreation, transportation and employment as well as providing basic necessities such as grocery stores.

The three-step development process starts with a concept plan providing an overview of the project that includes a variety of housing types, equitable housing opportunities, accessible parks and open space, diverse transportation options, commercial services and employment opportunities, according to the City’s website.

During the concept plan process, the City has been working to gather input from community members on their ideas and goals for the sites to create the first broad vision for the area, according to Warren.

The concept plan will be part of a request to the Metro Council for the area to be added to the urban growth boundary; if the plan is approved, the next step in the process is to create a community plan that goes into more detail about where such features as roads and parks will be located. The third step is the comprehensive plan, which leads to development.

As part of the planning process, Warren said the City conducted a survey called “What Makes a Great Neighborhood?” Among the results, Warren said that almost two-thirds of the respondents desired a greater variety of housing types and prices. And the No. 1 most-important factor was safe streets and sidewalks.

Warren presented three different design concepts under consideration for a commercial/transit center in the new development. Each has a different size and configuration with housing extending out from the centers. “Concept B rose to the top,” Warren said. “It has a larger commercial/employment base with a larger grocery store intended to draw in people who don’t live in the immediate area, and it would be located in River Terrace West.”

According to Warren, the new development would average 20 housing units per net acre with connections to Beef Bend Road and the future King City town center that will be located just south of River Terrace 2.0 South “with maximum flexibility for transit.”

The schedule calls for the preferred design concept to be selected this winter.

“However, the City Council has asked about submitting both River Terrace 2.0 South and West in the mid-cycle, and both will have their concept plans completed at the same time,” Warren said.

River Terrace includes parks, trails and a school site, and River Terrace 2.0 will expand on and connect to these amenities, according to City plans.

According to the City’s website, River Terrace 2.0 will be the boundary between urban and rural reserves, with the designations expected to remain in place for at least 20 years. 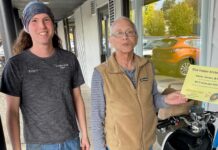 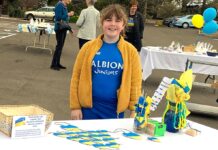 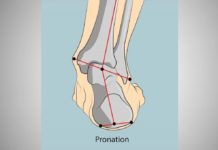