Roger Bates is an engineer but every chance he gets he laces up his running shoes and hits the pavement running. His passion for running grew at an obsessive rate when he started running with an unusual goal in mind. On July 7th, 2018, Bates started his quest to run every street, parking lot and structure, trail, sidewalk, and school in Tigard proper.

“One time I ran in a neighborhood near Tigard High School and thought that’s something I could do is run every street in Tigard by 2023,” Bates says.

He ran over 530 miles so far and is about 80 percent done and will most likely finish by the end of this year. Bates already finished running all 47 miles of King City.

“I have lived in Tigard since 1998. I got to see the city in a completely different way. I started to not only run streets but parking lots. There are about five and a half miles of parking lots in Bridgeport. I run every trail or path I can find,” Bates says.

For Bates running is more than exercise, it’s a gift. Bates grew up as a mountain biker of almost 30 years. After his work schedule shifted to include more time traveling his biking became less frequent. Running became a convenient way to exercise anywhere he went. In 2012 he started having issues with his flexibility and stiffness after his runs and found through x-rays he had advanced osteoarthritis in his hips.

“[The doctors] said I would eventually need surgery,” Bates says.

Bates tried to cut back on how many miles he ran to see if the pain would dissipate. The pain only increased with time.

“I was sitting on the dock with my grandchildren, and I couldn’t sit without having both of my hands behind me to support me,” Bates says.

After having run his last race with his daughter on the Portland Runway, Bates let the diagnosis sink in. He would never run again after the surgery. He went on one final run.

“I ran my favorite local running spot, the Wildwood Trail in Forest Park. The weather was cool, misty, and the trail was wet, but not too muddy. I was not as fast as I once was and it hurt way more than it should, but I had no reason to rush it. I wanted to savor it. I had a smile on my face the whole time,” Bates says.

Bates had hip replacement surgery on October 11, 2016. Bates said goodbye to his lifelong pursuit of running. A year later on Sept. 9, 2017, he was talking with his surgeon about his journey. The same surgeon who said Bates would never run again said the protocol on hip replacement had changed, and he was free to run.

“That was probably one of the top ten days of my life. My doctor told me I could do something that 90 percent of the world hates to do. I would’ve done anything to run again. The excitement of running in the rain, and the feeling of exhaustion after you’re done. I missed it so much,” Bates says.

A joyous Bates returned to lace up his shoes once again. His days of speeding through the Boston Marathon and many other races are long behind him, but he can run nevertheless. He is much slower and can’t run as fast or far as before, still he loves every moment and finds by setting a goal of running all of Tigard his runs become memorable.

“I was afraid I would get bored running the same routes and lose interest. This helped me keep my interest and gave me a goal,” Bates says. Bates proclaims his goals as being a bit bizarre but purposeful.

“I run now because I get to run. Every day I get to be grateful. It’s like taking a refreshing shower both mentally and physically. I’m completely blessed I can do it again. Find a reason to do what you love and embrace your own kind of crazy,” Bates says. 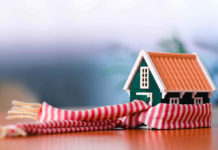 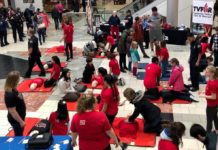 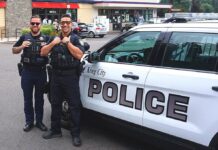 CBD Pet Products: Are they worthy of the hype?