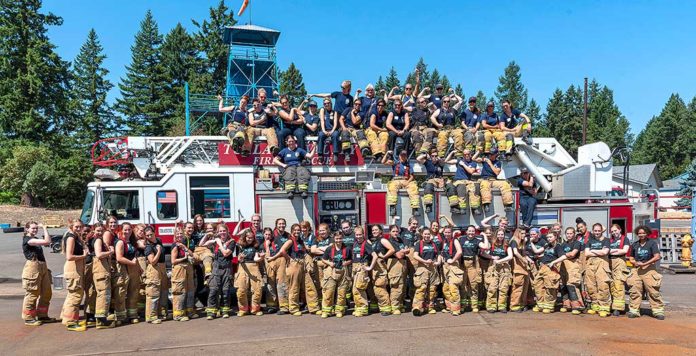 In a male-dominated field, strong female firefighters are actively bringing up the next generation of female firefighters. Portland Fire and Rescue started a camp for young ladies, ages sixteen to twenty, five years ago. This is their second year in partnership with Tualatin Valley Fire and Rescue (TVF&R) in putting on the Metro Fire Camp. No men are involved in this camp. Not in the planning or instructing. Not supervising. This is all about women. Powerful women teaching powerful women. They created this three-day extensive training to encourage women to join the ranks of the brave women in a fire and rescue career.

A committee of strong, female firefighters from both Portland and TVF&R work together for several months and prepare two camps – one for each district. According to Julie Ellenson, Training Officer, firefighters from cities all over the West Coast (Seattle, Tacoma, and Ventura to name a few) come to be counselors at the camps. Their respective districts pay for them to be there because they believe in what these women are doing.

Thirty firefighters gathered to be camp counselors with forty-eight young ladies for Metro Fire Camp, August 2-4. Of these forty-eight campers, only two are Tigard residents. The TVF&R Training Facility off of Tonquin Road was filled with laughter, camaraderie and courage as experienced and knowledgeable firefighters lead the campers through various stations. They learn techniques for ladders, hoses, forced entry and even extrication with hydraulics. It’s all very hands-on. Campers were even allowed to go up the ladder from a fire truck. Forty-degree angle and seventy feet above ground, these young women took turns pushing the limits at what they thought they were capable of and learning they could do much more.

Twenty-one year veteran of TVF&R and Chief Cassandra Ulven and fellow firefighter of over five years Maya Gross who helps to plan the camp say if something like this had happened when they were younger, they would’ve pursued a career in fire and rescue sooner. “We stand on the shoulders of those who came before us,” says Maya. This camp is happening because of women who pursued a job that was outside the box and not even something they were told was a career option. These women are changing all of that with these camps. “TVF&R is working hard to recruit more diverse candidates so we can better reflect the communities we serve. Unfortunately, only five percent of our frontline personnel are female. We know there are many more women who have the strength, compassion, intellect and resolve to be professional firefighters. We hope this camp inspires the young women who participated to consider a

fire service career. I’m so proud of all the counselors who organized and operated this camp. They work throughout the year to empower others,” says Chief Ulven.

According to Chief Ulven, “Seven out of ten calls are medical,” she says as she explains why every firefighter is also a certified EMT. One of the misconceptions about being a firefighter is that you need to be strong. It isn’t just about strength. It’s about instinct, knowledge, communication, teamwork and technique. That’s why emergency medical skills, nutrition, physical fitness, and even interview techniques are also skills covered in various stations during camp.

Early next year, when recruits arrive, three of the Training Officers will be women. Our heroes of the fire department will continue to break gender stereotypes. Only time will tell how many of the campers (age eighteen or older) will come in to test to join TVF&R. One thing is certain: the women of TVF&R are committed to being the person they wish they had in their lives when they were younger. 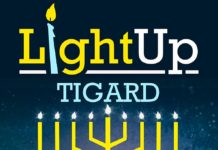 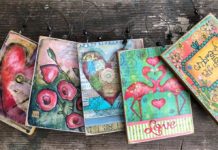 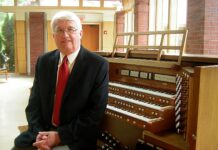 Student Loans and Getting A Mortgage: What You Need To Know