Be careful what you wish for.

Theresa Thornton was hired 14 ½ years ago to be the kitchen coordinator at the then brand-new Tigard Senior Center, and over the years worked under three different center managers, deciding at some point that she would like to be the manager one day.

That day has arrived – sort of. Today, thanks to COVID-19, the facility is literally a ghost town so there is no center to manage. Following the retirement of the last manager, Vicki Adams, the Meals-on-Wheels People made Thornton the home-delivery manager, and she will become the center manager once it reopens to the public.

Part of her initial job there was outfitting the commercial kitchen.

“I helped design the kitchen and picked out all the appliances, equipment and utensils,” she said. “We had a grand opening for a week. It was fun and exciting, and over the years, my title has changed.

Before the pandemic, the center was filled every weekday with dozens of seniors talking and laughing and enjoying lunch; in the bustling kitchen, food was prepared for both the dining room and home deliveries; the various rooms and the library were used for classes, games and programs; the gift shop was open for business; and outside groups met in the center.

Now, Thornton is pretty much alone in the center except for an occasional city worker and two people who come in the morning to make soup, muffins and cookies to supplement the meals delivered to homes. Some of the drivers come into the center to pick up the food for their route, while others prefer to pull up outside, and the food is carried out and put into their vehicle.

Thornton is currently overseeing 23 Meals-on-Wheels routes with a total of 175 drop-offs in Tigard, Tualatin and Sherwood. There are four routes in Tualatin and one in Sherwood, with the rest in Tigard.

“We actually have people under age 60 on our routes now after getting a grant to fund that operation,” Thornton said.

Meals-on-Wheels currently offers two programs in addition to delivering meals. “Volunteers make wellness checks once a week, calling people to check up on those who receive meals to make sure they are doing OK,” Thornton said. “We also do the friendly chat calls, where volunteers call once a week to talk about whatever the client wants to talk about – the weather or their dog or cat.

The metro-area Meals-on-Wheels program operates in Multnomah, Washington and Clark counties, and a funny thing happened when COVID-19 hit, and people lost their jobs or were laid off.

“They wanted to volunteer, which was wonderful because our need for volunteers doubled,” Thornton said. “We have tripled the routes we used to have.”

During the pandemic, Meals-on-Wheels transferred meal preparation from individual centers to its central kitchen in Multnomah Village. Because the facility is not large enough to serve all the metro area’s needs, meals are prepared and packaged there, put on rolling carts and transferred to trucks that take them to a large storage facility in Clark County, only to be picked up the next day to be delivered to senior centers in the three counties, according to Thornton. “They are busting at the seams,” she said.

The reason is that the tri-county Meals-on-Wheels was delivering 5,000 meals per day pre-pandemic and is now providing 8,000 meals per day, delivered weekly instead of daily. It also is running 40 Meals for Kids routes thanks to a grant.

Everyone on the routes receives seven frozen meals plus a bag containing such items as cottage cheese, fresh fruit, fruit cups, a loaf of bread, milk, peanut butter, and cookies or cake.

Recent donations have also helped the cause. See’s Candies donated 10 pallets of candy that were distributed to the various senior centers and have been included with the meal deliveries.

“People made Valentine cards or other cards offering good wishes that are delivered with the meals, which the seniors appreciate,” Thornton said. “This is something people can do at home, and if they call the senior center, I will meet them at the front door to take them.

“We brag that we don’t have a wait list. If you call today requesting meal deliveries, you will be on a route tomorrow.”

According to Thornton, Meals-on- Wheels is in the process of determining if it should acquire another facility to supplement the Multnomah Village kitchen or build an entire new facility. And the organization is going green, in the process of switching to electric trucks. 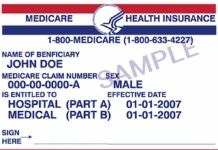