Investigators located and seized just over one kilogram of Heroin, a stolen 9mm S&W handgun, and approximately $18,000 in cash.

The estimated street value of drugs removed from distribution was over $50,000. 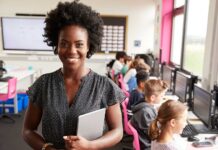