Plenty of people say they want to change the world in some fashion.

But Tigard businessman Randy Witten might have a chance to actually do just that.

Witten is the owner of Nature First Pest Control, a Tigard company that has stressed the importance of preserving the environment in its operations ever since its inception 31 years ago. Now, Witten is betting his latest invention, the Good Neighbor Rat Control dome, is going to take the world of rodent control by storm.

“About four years ago, a new product came out that was a contraceptive for rats,” Witten said. “And I was intrigued, because I hate killing things. Even though I run a pest control company I prefer not to kill things. But more importantly I prefer not to poison the environment.”

Virtually all commercially available rodent control products are intended to kill rats and mice, most of them by using highly toxic rodenticide compounds that inevitably wind up affecting more than just their intended targets.

That’s why Witten is so excited about ContraPest®, a non-toxic contraceptive created by Arizona company SenesTech. More importantly, Witten says he has found a new and highly effective means of delivering this product to rats that could turn conventional wisdom on its head when it comes to rodent control.

Rats are paranoid by nature and avoid new baits and foods by instinct, a behavior known as neo-phobia, or fear of the new. But over time, he found that by introducing the contraceptive bait in a setting that reduces fear, it promotes quick acceptance and boosts effectiveness.

“In some places they would not only eat the contraceptive, it’s a liquid, but they would chew on the plastic carton and they loved it,” he said. “Other places, I put it out in what I thought were the same conditions, and they wouldn’t touch it.

“So, I said we have to take advantage of this neo-phobia they have, and either mitigate it, use it or figure a way around it to get them to take things quicker.”

The solution turned out to be a simple plastic dome anchored to the ground. But a key point of the dome is that it provides top cover from predators, while the bottom is suspended slightly above the ground, providing rats with an instant escape route in any direction. This makes them feel safer and more accepting of the bait inside.

That knowledge was developed through trial and error and solidified by a massive Norway rat Witten encountered several years ago in a Northeast Portland backyard.

“This rat kind of changed my life,” he said. “It was the biggest, boldest, meanest looking rat I’ve ever seen in my life. And he was in the backyard of a lady who called me because the rats had taken over her backyard and she literally did not know what to do about it, and everybody had been trying traps and all kinds of stuff and that was not working.”

The daytime behavior of that rat led Witten to more closely study scientific studies done on rat behavior and overcrowding and directly led to the invention of his patented Good Neighbor Rat Control dome.

Even better, the dome is intended to be used in conjunction with bird feeders. These have long been seen as a prime attractant for unwanted rodents. But instead of removing backyard feeders, the dome is simply placed underneath them, where seed dropping to the ground provides additional bait. If a feeder is not present, one containing specially baited seed can be installed inside the dome.

“That’s my target market,” he says. “Because instead of quitting feeding wild birds, why don’t we just put my unit underneath that bird feeder? We let the wild birds scatter some seed around it every day where the rats can find it next to my unit.”

The dome is the result of trial and error over the past several years, and Witten intends to introduce the finished product to the public only in Tigard at first in a sort of proof-of-concept program. He plans to crowdfund money for manufacture and distribution at first, while equity investors are already waiting in the wings.

Witten is so confident of success he isn’t even worried about the inevitable knock offs that are sure to follow if his product works as intended.

“I’m offering it to Tigard first, as we prepare for a national launch” he said. “I’m on a mission, we will change how rats are managed or how pests are controlled in an urban environment. We will change the world.” 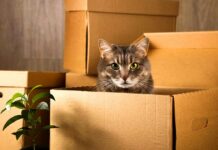 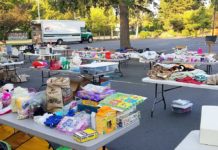 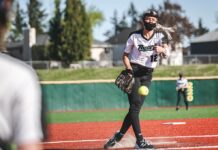