Due to the overwhelming need, a new South Cities Mental Health Response Team (MHRT) was formed over the summer in a pilot program to dedicate one police officer and one mental health clinician exclusively to Tigard, Tualatin, Sherwood, and King City.

The new coalition of southern city police departments expands Washington County’s existing MHRT, which has been serving people in crisis throughout the county for the past 11 years.

According to Kelsey Anderson, public information officer with the Tigard Police Department, as a team, there is more opportunity for problem-solving on scene and minimizing the risk of the situation escalating.

On Jan. 6, 2021, 26-year-old Jacob Macduff of Tigard was shot and killed by Tigard Police Officer Gabriel Maldonado as officers tried to remove Macduff from his pickup truck and arrest him on domestic violence charges. A grand jury later found that Maldonado was justified in his use of force. He resigned from the police department in April of last year.

Macduff, who was bipolar, had a long history of mental illness and had been treated at psychiatric hospitals several times in California before recently moving to Oregon.

The issue of Macduff’s mental health at the time of his death and what the officers on the scene knew at the time remain unanswered questions. An internal investigation has concluded, but the results have not yet been released to the public as of our press date.

“In Tigard alone, roughly 20 percent of all police calls have a mental or behavioral health component. In southern Washington County, this represents hundreds of calls for service each and every month,” said Anderson.

Tigard and Tualatin police officers are reportedly in the process of receiving up to 40 hours of crisis intervention training.

Last year, the Tualatin Police Department secured a U.S. Department of Justice COPS (Community Oriented Policing Services) grant to pay for one year of the clinician’s costs on behalf of Tigard, Tualatin, Sherwood, and King City. Additional expenses are reportedly being shared among the four cities.

“The mental health response team is a great partnership in that we can provide rapid response to a crisis situation and make sure that no one gets hurt. It’s a very successful project that has been long overdue in Tualatin,” said Mark Waddell, community service sergeant at the Tualatin Police Department.

According to Waddell, “A master-level clinician can provide additional experience and knowledge of available resources and can provide follow-up, whether it’s drug-induced, situational, or some other crisis.”

At an MHRT South Cities press conference held at the Tigard Library on the afternoon of Jan. 4, Officer Adam Keesee of the Sherwood Police Department described a typical incident.

“Today, I encountered a citizen who actually called the police herself, who was having delusions. We located her, and I spent quite a bit of time talking to her and just listening to all these issues she was having.”

According to Keesee, those delusions can range from “people are following me, there are aliens out to get me, etc. We can’t discount anything they are hearing, seeing or believing because to them, it’s the truth. And understanding that their set of goggles is not the same that you and I see through.”

Keesee said he was able to extract from the woman that she was receiving mental health services in Tigard, and he was able to get a hold of her therapist at the clinic and convince her to go there.

“She was driving, had her own vehicle, not homeless or anything, just having a crisis. Our job is to help them figure that out and get them back to their safe place. Find that island of sanity.”

The team may be assigned to respond to any crisis call throughout the region when the need arises, regardless of the rotation schedule. “Now we are more localized, we can respond, and they are more likely to get a response to the southern portion of Washington County,” said Keesee.

King City Police Chief Ernie Happala said that King City is currently providing funds for safety equipment such as ballistic vests and radio equipment for clinicians, but does not have a police officer teaming up with a clinician currently due to lack of manpower.

Mental health calls for King City are currently being dispatched to the South Cities team. Happala said the pilot program has been hugely successful and fully expects it to be renewed for the next fiscal year.

The MHRT South Cities team is currently a one-year pilot program that operates through an intergovernmental agreement between Washington County and the cities of Tigard, Tualatin, Sherwood and King City. While the current intergovernmental agreement expires on June 30, 2022, the goal is to make the MHRT South Cities team permanent. 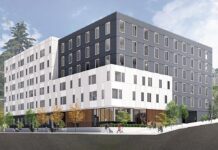 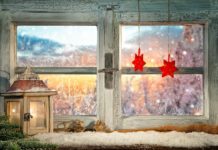 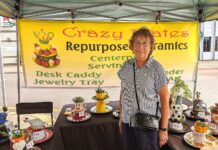 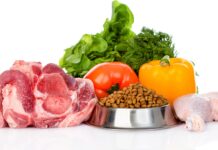