A Tigard affordable housing apartment complex owned by Washington County has generated controversy in recent months over living conditions, as well as its name.

The Colonies Apartments, located on Southwest 112th Avenue in Tigard, is one of 10 affordable housing buildings owned by the Washington County Department of Housing Services. It is undergoing both a change of name as well as a significant series of upgrades as part of a $25 million improvement program covering four of the county’s buildings, including the two county-owned buildings in Tigard. And, according to at least one tenant who lives there, these improvements are long overdue.

“We have had foundation issues at our place, we have water issues at our place, we have holes in our walls,” said Lee Landers, a Tigard resident who is also a member of the City’s Public Safety Advisory Board (PSAB). Landers spoke out publicly at the April 26 PSAB meeting about the conditions he and his family have experienced at The Colonies and noted he has even approached City and County officials about addressing the issue.

“We have cracks going in and out, and we have black mold that is growing in our windowsills and in the corner of our house that we have to live in,” Landers said.

Landers added that requests for repairs sent to Cascade Management, the private firm contracted by the County to handle day-to-day operations at all 10 buildings, has so far resulted in little being done.

When asked about The Colonies specifically, Josh Crites, Assistant Director for the Department of Housing Services, said that building, which was built in 1974, is one of the main drivers for the rehabilitation work that is still in the planning stages.

“Our property management company went into all 96 units in April and in the process, they did a full inspection looking into current issues for long term asset management,” he said. “Some things have gone past their useful life – the building envelope, appliances. And when they do inspections, if they see issues like organic growth they go out and have a remediation company come on site and look at all the units.

“I have not heard of there specifically being black mold at that site, but we have a remediation company coming in and there are contractors who are specifically working on that building.”

If there is a life or safety issue, Crites added, the management firm is supposed to handle the issue and arrange for temporary housing or even a different unit for affected residents if needed.

“There are a couple of paths for them,” he said. “There is a grievance process if they feel their issues aren’t handled or they can get hold of our asset manager at the Department of Housing Services who will follow up with the management company.”

Right now, the county is working with consultants to develop a scope of work for the $25 million rehabilitation program across four sites, including The Colonies and Bonita Villa, the other county-owned site in Tigard. Once a plan is developed, residents will be engaged so that they are aware of the work that will be done and how it might affect them.

“We’re going to be telling the story about the work that we’re going to be doing, and that’s an important story that maybe we could do a better job of telling,” Crites said. “I think it’s our job as a department to really ensure the residents understand both short and long-term stuff. The most important thing that we’re here to do is provide safe and affordable housing, that’s our number one goal.”

When it comes to the name, “The Colonies,” it actually has been nixed and painted out on building signs, Crites added. This came after complaints from both residents and local community members that the name was culturally insensitive and should be changed.

“Yes, a name change for this site is being planned,” he said, stressing that the County’s commitment to equity means that respecting the needs of residents in this manner is especially crucial.

“The sign’s names have been painted over as a short-term measure to demonstrate our commitment to rebranding the site,” he said. “We will be meeting with residents … and then having an ongoing discussion with them so they can help lead the process of choosing a new building name.” 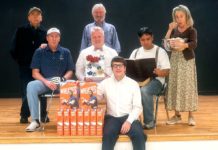 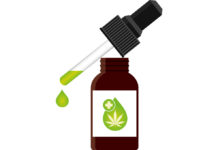