Entering the Veteran’s Memorial Coliseum in Portland within the final week of February, you would not find the usual Winterhawks fans, but high school wrestling students, parents, coaches and the like from 241 state-wide girls and boys teams.

Five athletes from Tigard High’s wrestling team finished out the Winter 2020 season of high school sports by entering the OSAA 6A State Wrestling Championship. Although a collective team, each individual had their own chance to participate in state.

… and compete at state, these boys did. Senior Cameron O’Connor was able to become the first student ever at Tigard High to place at state three separate seasons. He wrestled through the 113 lb weight bracket while seeded sixth and O’Connor fell into the finals to take second. Previously, he took fifth in the same weight class during the 2018-2019 season.

Along with O’Connor, senior Johnny Nomani placed sixth in his 285 lb weight class. Nomani was seeded second in state but lost in round two of the championship which hindered him to only compete for 3rd through 6th

The remaining senior on the state team was the returning state qualifier, Zack Vorvick, in the 145 lb weight class. He battled his way through the bracket able to take a pin in the state championship, but unable to place.

Although a majority of seniors take part in state, the last two components of this year’s team were a freshman and a sophomore. Sophomore Atticus Waddell made his second appearance at state in the 106 lb bracket along with freshman Chase Dennis.

Dennis wrestled in the 132 lb division only to fall short three rounds before the third-place match. Still, he managed to place second overall in the Three Rivers League.

First up on the mats was Waddell pitted up against a student from Madison High School. Although being thrown, Waddell was able to pin the Madison wrestler with 56 seconds in the first term and a score of 3 – 2. “Get some water, but not too much,” head coach Geoffrey Jarman told Waddell after the concluded match. “We have got a lot of wrestling to go.”

This was the first of 23 bouts the team would face collectively. With the end of round one,

each Tigard wrestler made it through unscathed. Vorvick had a bye, Carter’s opponent forfeited and O’Connor and Nomani each had technical falls scoring 15 points above their opponents in their respective matches.

Round two was a different story. Vorvick, Nomani and Waddell would each fall into the consolation bracket with both Carter and O’Connor managing a pin and able to stay in the championship position.

By the end of day one, only two of Tigard’s team remained in the championship. Johnny Nomani in a fight for third and Cameron O’Connor still in a spot to take first. O’Connor finished his day with a pin that would bring him into the semifinals and Nomani win a 3 – 0 win against senior Gustavo Mendez from Sunset High School.

Carter put up his final fight against junior Joshua Ingham from Tualatin who would end up taking sixth in the 132 lb division while Vorvick lost 0 – 10 and Waddell was pinned in his match.

Nomani started the final day of his high school wrestling career with a two-round victory against the third seed, Ford McKinnis, from Sandy High School. Nomani had a 3 – 1 win, but it was short-lived as what followed were two close losses against Oregon City (2 – 3) and South Salem (5 – 7). Nonetheless, he had brought himself far enough in the state championship to stand on the podium and take the sixth-place 285 lb division medal.

O’Connor’s day had already started with a guaranteed sixth-place spot on the podium, but he wanted something more.

His first bout was against sixth-seed junior Elijah Fishler from Cleveland. O’Connor took the early lead in period one but neither could attain a pin. Fishler had the score tied in the third period at 2 – 2 bringing the match into overtime. Neither wanted to be transferred to the consolation bracket. With 21 seconds left in OT, O’Connor found a chance for a takedown and two points to take the win.

One match remained. The championship bout against seed one: Ricky Bell from West Linn. These two met in the most recent West Linn-Tigard dual meet with O’Connor advancing, but Bell earned himself a second-place title in the 106 lb division the previous season.

Neither wrestler allowed himself to be pinned, but Bell found himself on top at the end with a final score of 7 – 1 and a second-place trophy for O’Connor. This is the highest placing that O’Connor had received at a state championship, his third state title and also his last high school title. 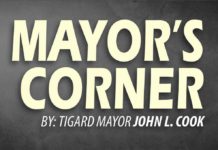 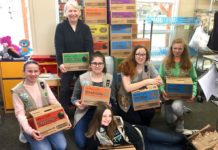 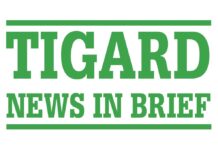 What is Biologique Recherche?