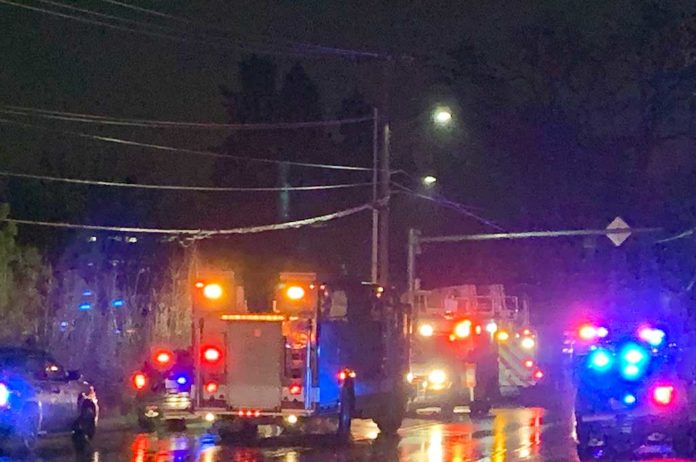 On a gloomy, wet evening in December, cars were backed up for two and a half hours along Southwest Hall Boulevard near City Hall. Tigard Police and their partners were responding to a crash involving a vehicle that struck a pedestrian in the roadway. The severity of the pedestrian’s injuries required acute care at the scene, resulting in the roadway being temporarily closed.

When it comes to motor vehicle crashes, first responders work quickly to clear the roadway to restore traffic flow, but this is contingent on prioritizing patient medical needs, the safety of everyone at the scene and preserving the area for the investigation to determine the cause.

In the December incident, both lanes were initially blocked off with cones, police vehicles and Tualatin Valley Fire & Rescue’s (TVF&R) apparatus providing a barrier across the roadway, so crews could provide patient care and secure the scene. Police officers performed traffic control to reroute vehicles, preventing them from entering the area.

“When responding to a crash, the first thing we do is create a buffer zone and take
steps to prevent further injury or loss of life to people involved in the crash, other travelers and first responders,” says Tigard Police Traffic Safety Officer Nelson Massey.

Officers found the injured male just off the shoulder of the roadway. Emergency medical technicians and paramedics from TVF&R and Metro West worked quickly to stabilize him, so that he could be transported to the hospital.

“At crashes like this, our goal is to provide the patient near-emergency-room level care in the field. Depending on the injuries sustained, various tasks may include stabilizing the spine, dressing wounds, administering medications through an IV, monitoring vitals and establishing an airway in order to help the patient breathe, if needed,” says Kim Haughn, public affairs officer for TVF&R.

As medical personnel tended to the patient within the buffer zone, Officer Massey began collecting evidence with the help of other officers on the scene. As a member of the Washington County Crash Analysis Reconstruction Team (CART), he has specialized training in physics and math to analyze crashes.

“For our analysis, we leave evidence intact, take photos, mark them on the road and do
measurements on the roadway, so we can recreate a scaled diagram of the crash scene and determine what happened,” says Officer Massey.

Officers examined and searched for all evidence in the roadway, including tire, yaw, and gouge marks; debris; fragments and condition of the vehicle involved; and other articles. They also interviewed anyone who may have witnessed the crash in order to reconcile their information to the physical evidence found.

Once officers documented the evidence in the roadway and the patient was safely in transit to the hospital, officers and TVF&R cleared glass and debris, moved the involved vehicle and responder rigs to the shoulders and re-opened all travel lanes.

Other factors may delay the process of reopening travel lanes following a crash, which include:

• Vehicles being inoperable, preventing responders from pushing them to the shoulder until a tow truck arrives.

• Hazards at the scene such as vehicles with leaking fluids.

• Downed power lines where emergency personnel may need to wait until PGE to
mitigate the hazard before responders can safely begin their work.

• If a vehicle needs to be preserved as evidence for a criminal investigation, an officer must supervise its handling by the tow truck driver and follow the driver to a secure evidence yard to ensure the vehicle isn’t compromised.

• If a driver’s behavior indicates impairment, an officer will conduct a standard field sobriety test. The results will help establish probable cause for arrest and further tests – either a breathalyzer, urine or blood test.

Clearing the roadway after a crash to restore traffic flow is a priority for Tigard Police and is a team effort. You can be a part of that team by following officers’ traffic control instructions. This not only ensures your safety and the safety of the scene, it helps allow first responders to efficiently perform their duties. And while it’s easy to get distracted looking at the scene when driving by, taking your eyes off the road can cause a secondary crash.

Tigard Police and their first responder partners strive to ensure Tigard is a safe and livable community. Performing safety measures at a crash site, similar to this incident, may result in traffic delays, but saving a life and preventing future injury crashes are top priorities.

Photo Enforcement Coming to Tigard
Photo enforcement is coming to Tigard in spring 2019 at three intersections along Pacific Highway (99W) at 72nd Avenue, Hall Boulevard and Durham Road to make intersections safer for drivers, pedestrians and bicyclists. This technology produces high-resolution video and images that will capture vehicles entering an intersection during a red light. If you want to learn more about photo enforcement and track the status of implementation, please visit:
www.tigard-or.gov/police. 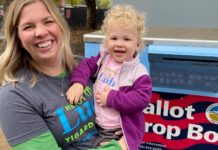 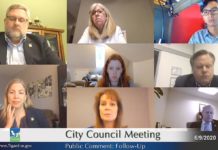 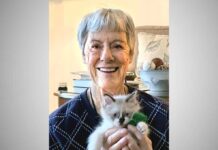 Everyone Needs a Laugh! 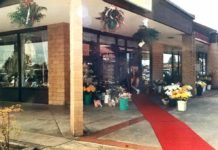