For Cooper Hammond, the idiom you’re never too small to make a difference has been a chorus reprised by his parents through all nine years of his young life.

It’s just part of raising him to be a compassionate, empathetic human, Terri and Dave Hammond say.

Selling lemonade from the end of his driveway to raise donation dollars was nothing new for the James Templeton Elementary third-grader, but last fall, when he picked Meals on Wheels People as the beneficiary of a hot drink and donut stand, he had no clue that his annual giving campaign was about to explode into another stratosphere.

What started as a one-day hot chocolate, coffee, and donut sale in front of the Hammond’s Tigard home quickly ballooned into a Cooper’s Coffee, a multi-company collaboration and online giving campaign that would net more than $1000 for every year of his age.

By the time online sales and giving ended in February, the then 8-year-old had select flavors of both Nostra Familia Coffee and PDXPop! (flavored popcorn) bearing his signature hand-drawn Cooper Coffee logo, and more than $8,000 if the coffer for MOWP.

“We ask him to do something to give back to his community every year, and the coffee stand is what he chose to do,” his mother, Terri Hammond, said.

The family, who’d moved from Portland to Tigard about a year earlier, pulled the initial stand together hastily, spreading the word to friends, colleagues and neighbors after Cooper zeroed in on his giving target.

“I went to Green Zebra for the holidays, and the cashier asked us if we wanted to donate some money to Meals on Wheels. I asked her what that was, and when she finished explaining it to me, I decided that was what I wanted to do this year,” Cooper said.

Though the non-profit was unknown to Cooper, his parents were familiar with the organization which delivers meals to homebound people. As of late February, it had distributed more than 14,000 meals in the Tigard-Tualatin area in 2022, according to CEO Suzanne Washington.

For Washington, the prospect of Cooper becoming a serial volunteer is even more exciting than the big dollars he pulled in for them. It’s a pattern she sees often, she said. “Kids who come in contact with Meals on Wheels young return again and again as adults.”

Cooper is already primed for a life of giving.

His previous effort, a lemon-aid sale, raised about $500 for REACH, a non-profit affordable housing developer.

This year’s benefit was headed for a similar finish when a patron sent a snapshot of Cooper operating his stand to Meals on Wheels People. That changed the course of everything.

The organization jumped in and pitched their young donor on something much bigger – a full-on one-day, pop-up style coffee stand housed in front of their Tigard Senior Center location. The MOWP team rallied Nossa Familia and PDXPop! to donate product and invited Cooper to create his own logo.

What followed for Cooper was a hands-on lesson in event planning, zoom culture, and operating a gargantuan French press.

He sat in on planning and publicity meetings for the February event and gave his stamp of approval to an online campaign that spanned the month. Nossa Familia and PDX Pop! sold products bearing Cooper’s logo, a coffee cup topped with a smiling, rising sun, and donated 100 percent of the proceeds to MOWP.

“The whole day was kind of funny because Cooper was pretty much on his own,” Dave Hammond said. “There were hundreds of people there, and he was serving coffee and thanking people for coming. It was pretty amazing.”

Amazing, but not surprising to those who know him.

“I think this really is part of who he is as a young person,” said his teacher Annette Glaser, who described Cooper as an old soul with a big heart and a zest for life. “It doesn’t surprise me that he took this to the next level.”

Though Cooper has been invited to set up shop again at an April event in Portland, he and his dad are busy readying for the spring little league season with Dave coaching Cooper’s team. If it fits into their busy schedule, Cooper says he’d be on board.

But, for now, the family is looking forward to a Spring packed with everything they love about living in Tigard: launching their kayaks from Cook Park, wandering their neighborhood and planting another huge backyard garden.

And, says Dave Hammond, “I suspect there’ll be some lemonade stands popping up this summer, to keep it going.”

As for Cooper, the partnership with MOWP has been a fantastic learning and growing experience.

If there’s one thing he now knows for sure, it’s this: 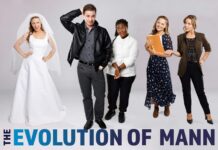 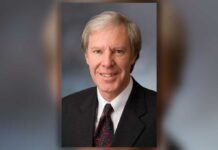 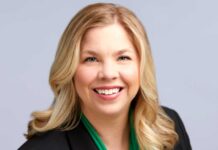 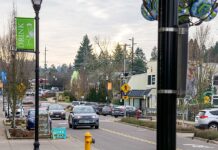