Tigard-based Rise Church, formerly Calvin Presbyterian Church, will present a benefit concert for Ukraine on Palm Sunday, April 10th at 7:00 P.M. Admission is free, but there will be a free will offering.

The concert will feature organist, Jonas Nordwall, as well as the Rise Choir and orchestra. Nordwall has had a diverse career as a theatre organist, concert and church organist, organ builder, and music educator. He has performed in North America, Japan, Europe, China, and Australia. He was adjudicator and guest recitalist for the Swiss International Organ Competition in Geneva, Switzerland. He has over thirty highly acclaimed recordings on a variety of labels. He has also appeared several times on national television shows, including the “Today Show” and “Good Morning, America.”

In addition to his performing career, Nordwall has been a major influence in the 20th century design and manufacturing of both pipe and electronic organs. He was with the Rogers Organ Company for over 30 years. He presently is the artist for Allen Organ Company and organist and Director of Music for the First United Methodist Church in Portland.

Nordwall will perform a variety of music for the concert, and the Rise Choir and orchestra will perform a beautiful choral work, No Greater Love, by Lloyd Larson. The work follows the story of Holy Week from Palm Sunday through Easter.

Rise Church has a special connection with Music Mission Kyiv, a touring orchestra and chorus, with a mission to support orphans and widows in Ukraine; hosting concerts and homestays for the over 135 musicians on three occasions. Many families of Rise have remained friends with these Ukrainian musicians. 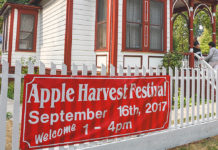 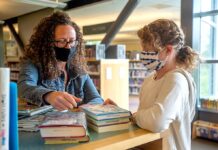