Mask & Mirror Community Theatre continues its eleventh season with the exciting comic mystery thriller Deathtrap, by Ira Levin. The show runs Fridays and Saturdays at 7:30 and Sundays at 2:30 from March 4 through March 20 on The Main Stage at Rise Church (formerly Calvin Presbyterian Church) located at 10445 SW Canterbury Lane in Tigard. Tickets remain affordable: $17 Adults; $14 Seniors/Students/Members/Military; $12 Under age 10; $12 Groups of 10+. Tickets are now available for purchase online at www.MaskandMirror.com.

Unknown dramatist Clifford Anderson has sent a copy of his new play Deathtrap to award-winning Broadway author Sidney Bruhl for constructive criticism. Sidney, who has been without a success to his credit for some years, devilishly plots with his reluctant wife Myra about how best to plagiarize Deathtrap. When Clifford visits Sidney to discuss the play, events take a sinister turn. Deathtrap will keep you guessing – and laughing.

Director Tony Broom says “Sometimes a show sticks with you.  While in high school I saw the film version of Deathtrap with Michael Caine and Christopher Reeve. Then I played the character Sidney a few years later, and now I finally have the chance to direct it.  I feel very fortunate to work with actors I’ve been wanting to work with for years and also to bring some new faces to the Mask & Mirror stage.  Despite its macabre subject matter, the thing that I’m enjoying most is the humor in the script.  There are scares and surprises but plenty of laughs too.”

Mask & Mirror Community Theatre is now in its 11th season of presenting high quality and affordable live theatre to the citizens of Tigard and Tualatin – using all-volunteer actors, stage crew and administrators.

Participation and membership in Mask & Mirror is open to all. We value diversity and welcome experienced performers as well as theatre “wannabes” – we’ll train you! 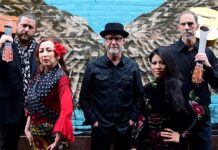 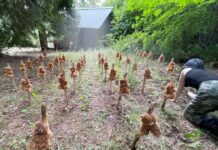 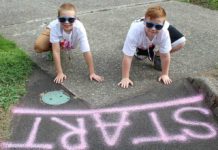 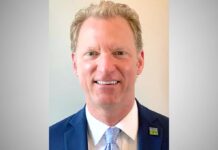