The cost to build four segments of the Fanno Creek Trail will be about $1.8 million more than anticipated due to an overall slow process, increasing construction costs and new design requirements.

Among those segments are planned stretches of trail at Woodard Park; City Hall; from the Tigard Public Library to Milton Court; and from the Durham Wastewater Treatment Plant to the Tualatin River, Tigard City Engineer Lori Faha told the City Council during a March 17 workshop.

“This one has taken forever,” she said. “It’s taken about five years.”

Regarding the lag in the process, Faha said that, because the project is using federal grant funds, ODOT has been required to take the lead on the project.

Providing an example, Faha said that it would typically take the city two or three months to select and hire a design consultant. With this ODOT-led project, that process took 18 months.

“So, there’s been a time lapse that’s been a problem, and that impacts costs,” she said. “Time means cost, both in terms of spending more time on it but, also, cost increase over time with the inflation factor.”

A second cost-increasing factor has to do with the trail design itself, according to Faha. Initially, the city planned for an about 8-foot-wide trail. However, because of the grant money, the project must comply with federal guidelines. And that means the segments must be at least 12 feet wide and bridges must be 14 feet wide.

Possible ways to make up the cost overrun, Faha said, include scratching or delaying a $600,000 trail amenities project that includes things like interpretative signage and nature play elements – “we don’t want to do that,” she said – or delaying or scrapping the southernmost part of the trail, from the wastewater treatment plant to the river, for a savings of $800,000 to $900,000.

“I know a lot of people in our community support the Fanno Creek Trail and are excited about it going all the way,” Councilor Liz Newton said. “I think they would be less enthused if it didn’t.”

Faha also said that the city’s finance director had looked at balances for transportation system and parks system development charges “and he believes that enough money is available to be able to fund the overage on this project without affecting the capital improvement program as proposed for [fiscal year 2021].”

Since Faha was providing an update, there was no action for the council to take. 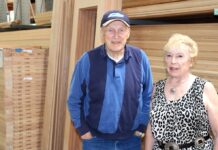 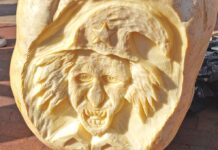 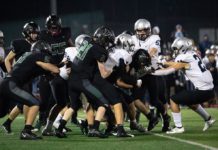