Over the last few years vaping devices (e-cigarettes) have reached an all-time high in consumer sales and use within the teenage population. What many don’t realize are the known and unknown health risks consequences associated with vaping.

For those unfamiliar with these devices, they typically look like a pen or computer memory stick. They use batteries to heat an element inside the device to aerosolize the nicotine or marijuana liquid or solid during inhalation. The device materials and chemicals used to produce the discrete smokeless vapor, or smoke plumb may or may not increase health risk.

Should consumers be concerned about the inhaled aerosolized chemicals?

There’s many studies that show nicotine is toxic to a developing fetus and cause harm to developing brains up to the age of 20. In general there are approximately seven health hazards associated with nicotine consumption. It is shown to have a negative impact on the gastrointestinal, respiratory, cardiovascular, immune and reproductive systems. And by-way of various mechanisms can lead to DNA mutation and lead to cancer. Vaping marijuana to-date does not show the same health risk consequences as nicotine. However there are dependency and psychological effects of use that require further study.

Other health risks occur from material breakdown of any heated e-device and nicotine-chemical mix within the liquid pod delivery system. For example, “Some brands contain chemicals including formaldehyde – often used in building materials – and another ingredient used in antifreeze that can cause cancer…Some use a buttery-tasting chemical called diacetyl…Diacetyl is a well-known harmful chemical, which, among other things, causes a lung disease called ‘popcorn lung,’” says Erika Sward, assistant vice president for national advocacy at the American Lung Association” www.webmd.com/smoking-cessation/features/vape-debate-electronic-cigarettes#1. It is the sweet-buttery flavors acknowledged by children that attract them to use these products.

Then there’s the Propylene Glycol (PG) that creates the smooth taste and fog-like smoke appearance during exhalation. Although the FDA classifies this consumer additive safe, according to the World Health Organization the acceptable dietary intake is 25mg for every kilogram of body weight. Excess consumption of PG is cited in multiple research studies shown to cause: Skin irritation and allergic reactions, potentially toxic to the kidneys and liver…and cause neurological symptoms.

Although it appears any form of vaping has health risks, it is “estimated e-cigarettes to be a whopping 95 percent less harmful than regular cigarettes in a 2015 press release. In fact, scientists were learning that e-cigs were a very effective method for people looking to stop smoking” [Public Health England].

However it is the discrete e-vape smokeless device parents should be made aware. “The Juul, a ‘pod mod’ device, is worrying to addiction researchers. Juuls arrived late to the e-cigarette market in 2015…Sleek and slim, with an appearance that mirrors a flash drive, the Juul has been established among youth as the vaping tool of choice…a single Juulpod contains 40 mg of nicotine, which is similar to “the nicotine yield of a pack of cigarettes.” www.yalemedicine.org/stories/teen-vaping.

Many of these devices can vape-deliver nicotine or marijuana’s active ingredients without producing any visible smoke or smell. In knowing more about these products – parents and educators can help children become knowledgeable on the addictive qualities and health risks…and avoid vaping especially during the developmental years.

Learn more about Ageless MirrorAthlete “Overweight and Unfit No More” book and free Newsletter at www.mirrorathlete.com. 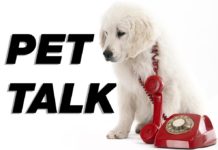 Pet Talk: Are You Prepared for a Pet Emergency? 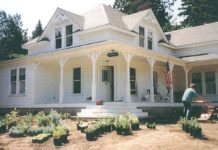 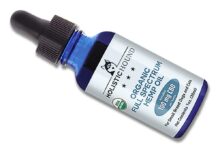 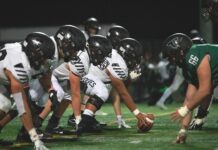 ‘Tis the Season of Colds and Flu