The Soulkind Master by Steve Davala

The Soulkind Master is the final book in a three part series. The stories focus on magic returning to a world where it had been gone for a thousand years. Jace, a young ex-thief, has always dreamed of using magic. He and his friends try to be a part of it but soon find out that evil awakens alongside the Soulkind. Book three follows Jace as magic teeters between light and dark. How far will he go to prevent the scales of magic from tipping forever toward evil?

The Soulkind Series, including The Soulkind Awakening and The Shadow of the Soulkind, are all young adult fantasy, suitable for middle-school-aged kids and up. The series is available at the Tigard Library and on Amazon. (There is also an audio version on Audible and iTunes!)

Steve Davala has lived in Tigard for 20 years and teaches high school science in West Linn. His wife Laurie (his most fervent editor and supporter) teaches at Durham Elementary and his kids attend Twality and Tigard High. Steve has always enjoyed writing and began self-publishing his fantasy series in 2013. Now that the Soulkind series is over (for now!), he is currently writing a sci-fi novel. Keep in touch with Steve on Twitter and Instagram (@sciteachah) and follow the story on Facebook on “The Soulkind Series.”

Steve will be doing some book shows and talks in the next couple of months. Look for him at Rose City Comic Con in September, the Colombia River Gorge Book Festival in October, and Orycon in November. He will also be giving a book talk at the West Linn Library at the beginning of December. 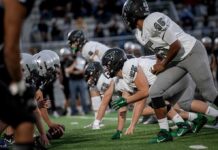 Tigard’s fall sports finish off the season – a recap 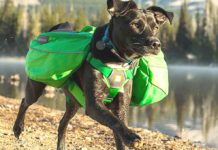