King City dentist Greg Williams has looked into thousands of mouths around the world, and for the most part, it is not a pretty picture.

In the remote villages and towns that he visits, he sees worn-down, stained and decaying teeth, abscesses and more.

He originally tagged along on a humanitarian trip to a third-world country with another group and was struck by the dental problems he saw, so he co-founded the non-profit organization, Wide Open Humanitarian, in 2007, and has made about one trip a year to such locales as India, Africa, Peru, Guatemala, Western Samoa and Ecuador.

During a recent talk to the King City Lions Club, Williams told the group, “If we are in a room of people, we ask how many have a toothache, and 90 percent will raise their hands. If we ask for how many the pain keeps them up at night, 50 percent raise their hands. We focus on them and the kids.”

Last May Williams led a 21-member dental team, including support people, to Nepal, staying in two cities, Namobuddha and Thaha, at elevations around 6,700 feet. They operated clinics in health centers in each place, and although the clinics were only about six miles from their hotels, the daily trip took 30 to 40 minutes.

“We decided there are no straight roads in Nepal,” Williams said. “They are serpentine. You don’t go far, but you go a long way, and you bounce around a lot.”

Of the 1,300 patients they saw, about 70 percent were youth. “We would triage them,” Williams said. “They would get cavities filled or fluoride treatments or a sealant applied.”

Wherever they go around the world, they are always an object of curiosity, and whatever the location they turn into a makeshift clinic, the locals peer into the windows to view the strange goings-on where strangers wearing masks are using strange equipment on their fellow citizens.

Williams’ patients around the world are always grateful for the care they receive, but he was especially struck by how the Nepalese showed their appreciation. They were given two large statues and a “token of love” medallion.

“These were among the nicest we have ever received, and we have gotten lots of tokens, but they were definitely the heaviest,” Williams said.

“What was different about this trip is that we have never dealt with that much sickness on our team before,” he added. “On our first clinic day, almost half the team was back at the hotel. By the end of the trip, all but two had been sick. We always try to be careful of what we eat and drink, and we looked at every possible source.”

Another memorable incident was the most horrendous thunder-and-lightning storm with golf-ball-size hail falling that any of them had ever experienced.

The trips always include a couple days of R&R, and in Nepal the group toured a monastery, and some went on an elephant safari or a Jeep safari.

Instead of going east or west around the world to Nepal, which was 13 time zones away, their plane went over the North Pole, and Williams shot a photo of the North Pole out of the airplane window. “It was the most efficient way to go,” he said.

Williams is already looking ahead to another dental mission next year and is considering Central America. The team members, who pay their own way, are loyal to the mission, with about 75 percent of them returning year after year. “We have a core group, and occasionally we get new people and dental students,” Williams said.

According to Williams, in Tigard there are 1,100 people per dentist, while in some countries, the ratio is 100,000 or 200,000 people per dentist. “Two billion people will never see a dentist,” Williams said. “Dental disease is the biggest disease in the world. We barely make a dent.” 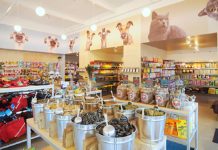 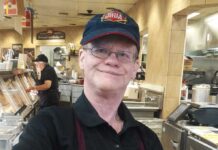 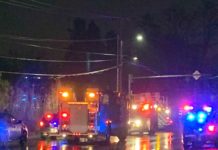