In summary, the matchup between Tigard and Southridge on Friday the 13th was a tense game. But the Tigers lost, so ‘The End,’ right?

Sure, if all you want to do is look at the 57-65 score, but behind that score was a fight from the start for who could land on top.

In the previous season, these two teams were seeded #1 and #2 with Tigard at #2. Southridge placing second at the finals and Tigard stopping at the quarterfinals.

From the very moment that the 3rd game of this season began, and the ball was lifted above by a referee, the teams were at each other’s necks. Any time Tigard had a chance to celebrate taking a lead, Southridge would be right there staring at them from the basket, handily dropping the ball through the net.

Southridge had the height, able to surround any player in seconds, but Tigard had Sarah Lamet (#10) coming in at 6’3 who was able to score 13 points, all from right underneath the basket. A tower next to a couple of Southridge ants.

Along with Lamet, the team was able to utilize their two newcome freshmen on the team. Karen Spadafora (#3) who could score anytime the team needed to regain the flow of the game. And Hailey Shimojima (#14) able to intimidate the opposition as she crossed right by (as she did twice in the game). The fans had some fun with every crossover from Shimojima proceeding to yell, “She’s a freshman!”

By the end of the first half, the Tigers held a substantial, but not impossible lead of 31-25.

Starting off the second half would be Shimojima from one side of the three-point arc passing over every player’s heads to Spadafora on the other side for three. As Southridge had the height, making an open shot would be tough. Thus, Tigard performed numerous quick but organized passes until someone was widely open. That, or Lamet or Ajae Holdman (#15) found a chance to waltz in. Of which, Holdman scored the most from the inside with 15 of the 57 points.

However, as with most games, one team takes a handle on the lead by the close. Such was the case for Southridge when the scores were 50-51 and 4:48 remained in Q4.

From a free throw to a 3-pointer to two more frees to a 2-pointer, the game was as split as ever and Tigard’s tag-team decided to combat these moves.

Lamet to Holdman, Holdman to Lamet and Lamet to Holdman bringing the score closer. Everything was coming together except the time on the clock. The game was over, ultimately ending at 57-65.

With the loss, they went into the following week’s game, this time at Westview High. If there would be a theme for this season, it would be close matchups. The game ended in Tigard’s favor for the first time but with a final score of 47-46.

As the score suggests, this didn’t come easily. At the end of Q4, Shimojima had sunk a 3-pointer tying the game and bringing it into overtime. The Wildcats took the lead at 44-46, but in a clutch play, Shimojima once again attempted and completed a 3-point shot at the bitter end of overtime, taking the win overall.

Upsets are always a nice encounter for the underdog and a heavy disappointment for the expected victor. Such was nearly the case for Tigard against Benson in the second round of the Portland Interscholastic League Holiday Classic Tournament.

Coming off of a 54 – 62 loss against University High School from Washington, the Tigers took on Benson, who was seeded 6th and seemed like the obvious choice for someone to have bet on the game.

However, records and rankings don’t determine victors. Nonetheless, Benson stuck to their past and kept a substantial lead (47-56) on the Tigers for the first three quarters of the game. Their Bria Dixson (#24) was a star outside the 3-point line, and Tigard could not pick up rebounds.

Tigard eventually learned their opponent, stuck to a player, took authority over the ball and took the chances that could count. Overall the team delivered seven free’s in Q4, with one layup by Kennedy Brown (#2). Getting as close to a lead as possible, they tied the game at 57-57 with 5:04 to go.

From there, Benson scored once more, which was enough for them. They brought the game to 58-59.

Despite another loss, it was a feat nonetheless; but with the old seniors playing college ball, the new freshmen have a lot to stand in for. 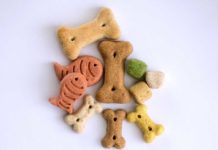 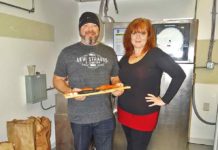