Tigard Balloon Festival cancelled for second year in a row

The Tigard Balloon Festival has been cancelled for a second year in a row, due to safety considerations stemming from the COVID-19 pandemic.

Festival organizers made the announcement March 12 with a statement on their website and social media channels.

“Due to COVID-19 and its continued impact on the health and welfare of our community, we have made the difficult decision to cancel the Tigard Balloon Festival scheduled for June 25-27. We hope to continue our charitable mission as soon as we can do so in a manner that meets new Government mandates/restrictions and is safe for the members of the community, the pilots and the hundreds of volunteers that produce the event.”

The popular event is a staple of the Portland metro area and has been held since 1984.

Organizers are now looking for donations and other support to help keep the volunteer-run event alive into the future.

“The Festival typically partners with many non-profits to produce the event and help raise vital funds,” the March 12 statement said. “In lieu of the event this year, please consider a cash donation (501c3) to help support the Festival and its affiliated nonprofits.”

Tigard will see new 20 mile per hour speed limits later this year in select areas of the city.

But it will likely take around six more months for the City to decide where the first set of speed zones will be located. According to City traffic engineer and senior project manager Tegan Enloe, the first zones will be placed on streets with “documented driver behavior concerns.” In other words, they will be places where people have failed to observe posted speeds more than other locations.

To qualify for the new, lower limits, a roadway must receive 600 or more vehicle trips daily, feature “complex geographical features,” such as hills or curves, or have been the subject of a year or more of complaints about excessive speeds.

Only roads with a current speed limit of 25 miles per hour will qualify for the new lower limits.

“We’re going to collect some data before the installations go in and then we would follow up several months later,” Enloe said.

City councilors are enthusiastic about the new limits.

“When I was running for mayor and knocking on thousands of doors this was in the top three things I heard as I talked to thousands of Tigard voters,” Mayor Jason Snider said. “And it’s been on my agenda since that experience.” 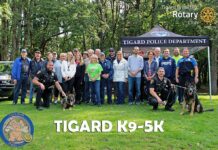 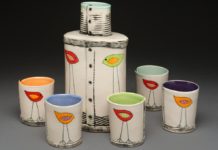 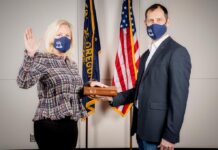