The Tigard Police Department will hold its own investigation into the January shooting of Tigard resident Jacob Macduff, after a grand jury found that the officer who killed Macduff was legally justified in his use of deadly force.

Macduff was shot eight times and killed by Tigard Officer Gabriel Maldonado during an attempt to remove Macduff from his pickup truck at the Edgewood Manor Apartments on Hall Boulevard. The incident occurred Jan. 6, 2021, as officers were trying to arrest Macduff for domestic violence related charges. Macduff was reportedly holding a small folding knife at the time he was killed, and an investigation by the Washington County Major Crimes Team found that officers at the scene feared Macduff was reaching for additional weapons.

Now, Tigard Police will undertake its own review of the killing, as it does with all use of force incidents involving its officers.

“The team here at the PD will review all of the documents that we have received, and it is incredibly extensive,” Tigard Police Commander Jamey McDonald told members of the Tigard Public Safety Advisory Board at that group’s Sept. 27 meeting. “It’s the entirety of the investigation that the Major Crimes Team conducted at the direction of the district attorney’s office and everything that was forwarded to the (Oregon) attorney general’s office for them to us as part of the grand jury proceedings.”

McDonald said the department will appoint a five-person panel to examine the investigation materials and decide whether or not department policies on the use of force were followed correctly.

“If they determine that there was something that was done outside of policy, then we would turn that into an actual internal investigation to determine if there is discipline that’s appropriate for it,” McDonald said. “In addition to that, the other things that we’re going to be looking for is, are there training points that we can take out of it?”

In addition to department policy, other questions surrounding the shooting involve Macduff’s state of mind at the time of his death and whether or not he was suffering a mental health crisis. Witnesses interviewed by the major crimes team – and a string of 911 calls in the days prior to the incident – suggested that he was. But officers on scene told investigators they felt Macduff refused to cooperate with them because he didn’t want to be arrested on domestic violence-related charges.

Another question the department investigation may examine is why Washington County’s Mental Health Response Team was not dispatched to the scene. That team just recently added a mental health clinician assigned to the south county area, including Tigard, where she will work with specially trained officers from Tigard, Tualatin and Sherwood.

Maldonado left the department in April after being hired by the Port of Portland Police but was subsequently terminated for failing to inform background investigators that he had not been formally cleared of any potential charges in the Macduff case. Because he no longer works for the City of Tigard, McDonald said, there is no way to hold him accountable if the department investigation finds that use of force policies were violated.

“We believe it is extremely important to review the entire totality of the situation whether or not that particular employee is still with us,” Police Chief Kathy McAlpine said.

McAlpine added that the gravity of the situation demands that the department move quickly. The investigation was tentatively scheduled to begin toward the end of October.

Tigard City Attorney Shelby Rihala said that although the Macduff family has submitted a notice of intent to file a tort claim, which is required by Oregon law prior to filing a lawsuit in court, it will not impact the department’s own internal investigation.

“We have the notice but not an actual claim,” Rihala said. “They have, I believe, two years from the date of the incident to file a claim, an actual complaint in court, so the potential litigation could be pending for quite some time. The internal investigation will continue separate of that.” 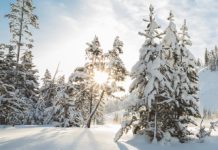 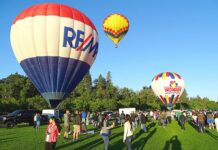 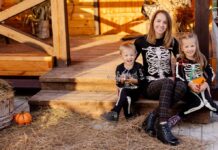