By  Ygal Kaufman For Tigard Life

Tigard is steeped in 19th century American history, epitomizing Oregon’s reputation as the gold at the end of the pioneer trail rainbow. Many who live here may not realize that Crescent Grove Cemetery, over on Greenburg Road, is in fact as old as Tigard itself. Some of the first pioneers to settle in the area are buried at Crescent Grove, which began erecting grave stones in 1852, the same year Wilson Tigard himself, namesake of the city, arrived.

A Plot as Old as the City Itself

Wilson Tigard settled in what was then called Butte (and East Butte) in 1852, and helped to start the first school in the area, among other important civic involvements. His son Charles Tigard put the area on the map with the opening of a general store that became the center of what would become Tigard. The Tigard family is just one of the many notable pioneer families in the cemetery.

Crescent Grove was taken care of by local farmer Henry Erickson and his wife, Ina, whose property adjoined the cemetery, from 1929 until his death in 1964. It was then taken over by Erickson’s relatives, Ruth & Lester Croft, who took care of the 25-acre space for 30 years before helping to form the five-member board that currently oversees it.

The cemetery itself is indeed in the shape of a crescent and was first cut out of the surrounding fir grove when the first settlers in the area began to die off. In fact the very first occupant was a baby who died just six weeks after birth, named Ruth Davies. Her mother and other family members would later also occupy Crescent Grove, among the oldest graves in the cemetery.

The Davies were just the first of many pioneers who survived unimaginably much harder conditions to make a home in the Pacific Northwest. Also buried here is Peter Kindt, a wagon master who blazed a trail west in 1853. He came, along with thousands of others, to stake a claim to the Donation Land Claim Act of 1850. A precursor to the Homestead Acts, it brought homesteading settlers to Oregon from the East in droves.

Some of the most notable residents of Crescent Grove are the ones who served their country in and out of battle. Ernie Metcalfe was a WWII vet who served distinguishably overseas and then continued to do so for 40 years with the Beaverton Fire Department. He rests next to his wife, Evelyn, to whom he was married for 62 years.

One of the older vets in the cemetery is John Chicken, private in the 97th Ohio Infantry, who fought in the Civil War. A Union soldier, Chicken served from October of 1862 until the end of the war. Along the way, he fought in the Battle of Perryville in Kentucky before marching on to Tennessee and fighting at the Battle of Stone’s River as well as the Siege of Chattanooga, among many other battles.  The cemetery holds the headstones of several other Civil War veterans, from both sides.  Union soldiers’ stones are round, and Confederate headstones are pointed at the top.

The caretakers of the cemetery have put more than just their time and energy into maintaining the cemetery and the legacy of Tigard and its families. One of Tigard’s more tragic stories of the last several decades was the mysterious death of an infant boy, whose body was found in 1999. The child, who remains unidentified, has nonetheless received a loving headstone, donated by two anonymous local families, and receives flowers every year on Memorial Day from Crescent Grove General Manager, Nancy Felton. She’s just one of the dedicated people who keep the cemetery beautiful and accessible to the community, and she’s been the GM for over twenty years (since 1995).

The community of Tigard is the family that Crescent Grove seeks to keep the traditions and memories of alive. They encourage locals as well as visitors from outside the city to come and stroll the pathways and plots of the grove. There’s a tremendous amount to be learned from our past, and a great deal of it is sitting on Greenburg Road, waiting to be absorbed by an ever-expanding audience of the generations.

Crescent Grove Cemetery & Mausoleum is located at 9925 SW Greenburg Road in Tigard. The cemetery is the site of Tigard’s  annual Memorial Day Observance which will be help on Monday, May 29th at 11:00am. 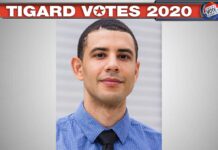 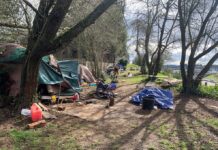 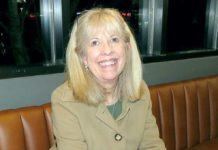 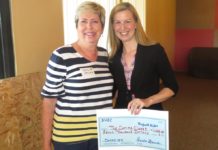