During the U.S. war with Germany, Italy and Japan in the summers of 1942 to 1945, the mothers helped build airplanes and the dads were either in the military or worked in the shipyards. Kids walked or rode their bikes to school and had paper routes.

We only had one family car, victory gardens, frozen food lockers, butchered our own spring chickens, hunted wild deer and elk for meat and traded government gas, meat, sugar and butter coupons. Apartment rents were frozen and if the shoes fit, you wore them!

There were no cell phones, only land lines (2-party or more), no computers, TV, video games or home movies! We could only go to Saturday and Sunday theatre matinees.

So what did kids do? First, they had chores. My sister washed the dishes and I cleaned the chicken coup and horse barn   (2- Shetland ponies) for an allowance of 10 cents – a week! No soccer, lacrosse, cheerleaders or dance. The girls learned homemaking and babysat, or like my sister, did half the paper route with me for $30 a month, each!

After school us boys organized and practiced our own neighborhood baseball team (South Everett, WA) and played games with other “project kids.” We played games on Saturday or sometimes on Sunday when the dads weren’t working and could coach us.

One life lesson a coach told us was to not smoke cigarettes because it would reduce our breathing. Hence, most of our players and I have never smoked and are still alive and active at 87!

There were no uniforms, coaches or umpires.  We had 3 or 4 bats –“Louisville Sluggers”, 32”, 33” or 36” and three or four baseballs – all foul balls from the Triple A Seattle Rainiers games, so don’t lose them!

Earl, Jr. then played for the U of Oregon and is an Oregon Sports Hall-of-Famer while our player made it with the Seattle Rainiers.

I played un-eventful varsity baseball at Wenatchee High School, but did bat .333 and then played Junior Legion ball for the “Wenatchee Packers” and made their “Wall of Fame.”

Note: I was the only “Ahl Boy” to play varsity High School baseball until my grandson Fletcher Ahl, played for Tigard High School’s team 65 years later.

Later after marriage (to Janice my High School sweetheart) and moving here to Portland, I continued playing ball – softball, with a group of Safeco Insurance guys. It was one of “Claudia’s Tavern’s” first sponsored teams and we are on their “Wall of Fame.”

So let’s remember the legacy of baseball and its life lessons as we enter the “Little League” All Star season and all that it does for kids today. 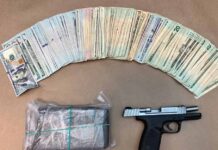 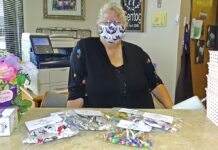 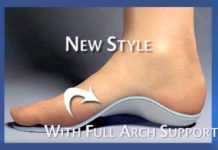