The City of Tigard has reached a $3.8 million settlement with the family of Jacob Macduff stemming from the 26-year-old’s Jan. 2021 shooting death, in which Macduff’s mother, Maria Macduff, charges Tigard Police with using unnecessary deadly force. According to Tigard Police Public Information Officer Kelsey Anderson, the settlement costs will be paid by the City of Tigard’s insurance company.

Macduff was shot seven times and killed by former Tigard Police Officer Gabriel Maldonado during an unprovoked escalation as police attempted to remove Macduff from his parked pickup truck at the Edgewood Manor Apartments on Hall Boulevard. Officers were attempting to arrest Macduff for domestic violence-related charges.

“My deepest desire since this happened is to make sure no other family loses a child the way I have. I believed we’ve accomplished that,” Marie Macduff said in a written statement.

The settlement additionally outlines a series of procedural changes that include the formation of a Washington County mental health response team, de-escalation training, and requires the city to cooperate in an independent critical incident review and analysis of the actions leading to Macduff’s killing.

“I want the community to know that this police department is committed to learning and growing from our experiences,” Tigard police Chief Kathy McAlpine said in a written statement. “We did our own thorough review of this case, and have made several updates to policies, procedures and training as a result.”

Jacob Macduff, who was suffering a mental health crisis at the time, was initially reportedly holding a small knife when he was killed. An investigation by the Washington County Major Crimes Team found that officers at the scene feared Macduff was reaching for additional weapons.

Scott Levin and David Park, the attorneys for Macduff’s family, used details uncovered and outlined by the Washington County investigation and the medical examiner’s report to recreate events and reach the settlement.

“In my experience handing shooting cases, law enforcement investigations of officer-involved shootings seldom, if ever, compare the physical evidence that’s gathered at the scene with officer’s statements and try and discern whether or not those pieces of evidence are consistent with one another,” Park said during a July 27 press conference. “That’s why Levin and I exist. That’s what civil lawyers do following a tragic event like this.”

Records revealed Jacob Macduff was shot and killed within an eight-second sequence in which officers attempted to remove him from his truck.

Using audio and video from a police dashboard camera, coupled with police photos, Park and Levin created a timeline that begins with police arriving at Macduff’s apartment at 4:09 p.m.

“Because of three previous calls to the apartment, they knew Macduff was suffering a mental health crisis,” the attorneys said in a press release that outlined the events leading to Macduff’s death.

Macduff remained locked in the cab, refusing to come out, for more than an hour before “sometime after 5 p.m., for no apparent reason and without consulting with officers trained in crises de-escalation, the police on site developed a plan to remove Macduff from his pickup with the use of force,” the statement says.

It’s unclear what ignited the plan to break Macduff’s window, unlock the door and pull him out.

“There is zero evidence Macduff was ever armed or posed a threat to the police officers,” Park’s statement said.

Macduff, who had barricaded himself into the truck and was blocked in by multiple police vehicles, had not threatened the responding officers, nor did he escalate interactions with them.

“The shooting is indefensible because there was no reason not to simply wait for Jacob to come out,” Park said. “We never got an explanation for the impatience of these officers.”

“Without warning or notice to the other officers, and without it being part of the plan, (Mastrich) saw Jacob move in response to Maldonado breaking the driver’s door window, and in reaction to his perception of movement, he fired three beanbag rounds into the windshield of the car,” Park said.

By 5:48:20, eight seconds after the attempt to remove Macduff began, Maldonado, who investigators believe was unclear about the origin of the beanbag rounds he heard, had shot Macduff four times, killing him.

Maldonado, who said he feared for his life, was cleared of criminal liability by an Oregon Department of Justice grand jury in Sept. 2021 and again in Jan. 2022 by his own department after an internal investigation by the agency’s Use of Force Review Board determined the use of deadly force was in line with department policies.

He left the department in April 2021 after being hired by the Port of Portland Police but was subsequently terminated for failing to inform background investigators that he had not been formally cleared of any potential charges in the Macduff case.

McAlpine, in a hand-written letter to Maria Macduff dated Dec. 7, 2021, apologized for Jacob’s killing, saying, “I will not bother you further or cause any additional grief, but I did want to personally acknowledge your loss, and how you must feel we did not serve or protect Jacob.”

Has anything changed since the Macduff incident?

The Tigard Police Department has made several updates to policies, procedures and training as a result of the death of Macduff, as well as national calls for police reform, legislative changes at the state level and evolving community expectations for police response.

Those updates include, but are not limited to: 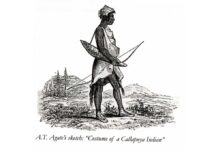