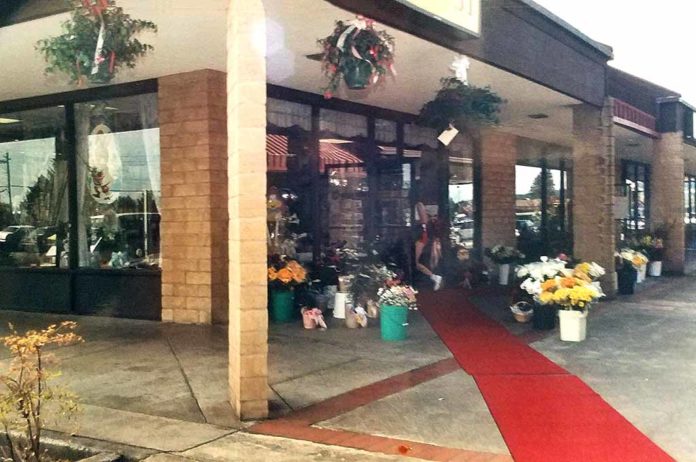 Last of the County Cowboys herding cattle across Fanno Creek, give way to elephants, posies and ‘Louie Louie’ at opening of Greenway Town Center, the first shopping center encountered in 1980 when driving in from the country

It was a nice sunny day and right after I crossed the railroad on Scholls Ferry Road west of Hall Boulevard the traffic was stopped. Then I saw why. The cattle I’d seen on the South side of Scholls Ferry Road were being herded across the road on the Fanno Creek Bridge to a pasture on the North side. And the men on horseback looking for all the world like Cowboys off the range. Oh, if only I’d had a cell phone to take a picture back in those days. How did we ever get along without our cell phones to take those great pictures?

This tradition would soon end. Increasing traffic made the round-up more difficult. The Robinson brothers could no longer keep repairing fences to raise cattle there. It was time to move on, abandon the “ranching” and develop the land.

The Robinson brothers had inherited land from the original Donation Land Claim of their ancestors. It was next door to the Fanno family DLC. The property around their inherited land had been handed down through estates and divided up among family members. They’d been ranching on it so it was easy to purchase the other parcels. Now the original DLC could be developed into homes, condos and strip malls on both sides of Scholls Ferry Road.

I’d researched the Title to the Robinson DLC as a Title Officer, not realizing I would open a store on part of the property in Greenway Town Center. After 11 years in Greenway I moved into Robinson Crossing at Nimbus on the North side of Scholls Ferry Road, owned by one of the brothers. It sold and the name changed. His brother built a home in the Edgewood subdivision on the South side and was still living on Robinson land.

Roger Belanich of Seattle owned the strip of Greenway Town Center fronting on SW 121st Avenue that had been part of the Robinson land. Mercury Development owned the parcel to the West. Belanich secured 7-11 and US National Bank as anchors for his portion. Mercury had Howard’s Grocery, Century Pharmacy and Baskin Robbins for anchor stores. Now the challenge was to unite the merchants into one cohesive group.

Bridges & Ponds, Plants Past and Presents opened the last week of February 1980 next to the Summit Restaurant. We used our last names, Bridges and Ponds. A lady was extremely upset telling us angrily that the store name was misleading. That ultimately was cured when my partner did not like the business and the name was changed to Bridges Florist as we had evolved into full service florists.

Do you remember why that was a very tough year? Mt. St. Helens blew up, May 18th 1980. We could sit in the store and watch the plumes rising from the mountain and not a soul came to the store. Everything was covered in gray ash.

A Merchants Association was organized by Howard of Howard’s Grocery as the strip mall grew to 26 businesses. Howard and I, as the Promotional Director, organized Events. It was a struggle. We were on the “other side of the railroad tracks,” a natural divider.

The first celebration featured the hometown Kingsmen, of ‘Louie Louie’ fame. It’s been over 50 years now since their first Louie Louie recording.

Wildlife Safari was a 4 day promotion, raising funds for the Beaverton High School Marching Band making their first trip to the Macy’s Thanksgiving Day Parade. Students rode around the parking lot on an elephant and charged for rides. I wore my cowboy hat and boots as a Cowboy Clown. The daughter of the Summit Restaurant owners walked around as Betsy Ross with a neighbor boy playing a snare drum. Island dancers performed in front of our store. 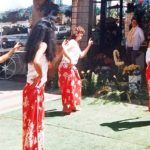 A customer who worked for a new radio station, “The Love Song Station,” offered a promotion to start Monday Subscription to Flowers. When the radio commercial ran, all 4 lines would light up till it hit 101 orders. Saved the day! I still deliver to a few customers from home after my store closed in 2004 so I could care for my mother after her stroke. One customer just retired after 30 years of Monday flowers and another is still going after 36 years. 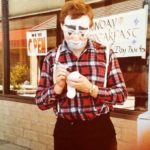 A reporter saw the Thank You notes pinned around the flower cooler. The Oregonian West Metro Extra story followed and then KATUTV did a news story on Monday Flowers, following a driver around the OHSU campus. (I have kept those notes… all of them.)

12 drivers delivered over 700 vases of flowers carrying wind-up music boxes that played “Happy Days are Here Again.” They’d release them to play when they stepped into the elevators downtown or entered an office building. One Monday while filling in for a driver I was on a new delivery on Columbia Blvd. As I entered the office I let the music start. Across the top of the cubicles a voice called out “My Monday Flowers are here!” The word had spread! 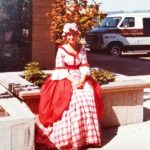 Drivers started at 7 a.m. on Mondays. Out of work Intel engineers, CPAs, and other job seekers came to deliver. Many were hired within 3 months after adding to their resumes that they started the week delivering flowers. Why? Monday is the day people call in sick.
People who had enough gumption to deliver flowers Monday morning were expected to be good employees.

Greenway is no longer the first shopping center you encounter as you travel east from the rural area on Scholls Ferry Road. The Fanno Bridge has been widened and the lanes widened. Maybe the gangbuster promotions of the early days In Greenway Town Center made a memorable difference in the community. Never underestimate the value of community participation.

TIGARD HISTORY
Do you have a story or memory from Tigard’s past? Or maybe some old photos from the “early days?”
We’d Love to hear from you and possibly share your story in Tigard Life!
Please contact Michael Antonelli at 503 692-9215, or email mike@tigardlife.com. 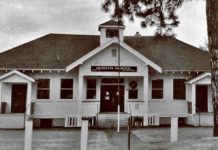 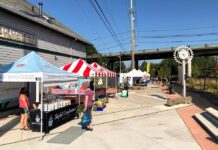 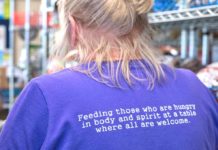 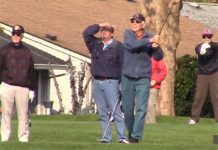 It Pays to Join a Committee When Living in a Community...

The Vincent Family of Tigardville