According to City officials, the City of Tigard is putting an unprecedented number of resources into addressing the homeless population in the city, and the effort is already starting to see results.

In addition to a wide-ranging public outreach effort seeking input from residents and businesses not just in the downtown business district but across the city, the Tigard Police Department has been assessing the situation by fanning out into the community and meeting with homeless individuals in person. Patrol officers, community service officers, and even non-sworn crime analysts have been assigned to the job to find out what is needed to persuade homeless individuals to accept shelter and other services.

“Our job is about providing stability,” Assistant City Manager Kathy Nyland said at the Sept. 14 city council meeting. “The goal is to identify those experiencing homelessness, prevent homelessness when possible and connect people with housing quickly and provide services. We have one common goal – to make homelessness brief and rare. We are doing a lot, and we plan to do even more.”

In addition, the City is working with Washington County and a new pilot program aimed at identifying homeless encampments and working with their residents to get them services ranging from relatively simple things like trash collection, needle collection or hygiene stations all the way up to helping people transition into drug rehabilitation or permanent housing. Even options for Safe Lots – night parking for people living in vehicles – and tiny home villages are being considered.

Success, Nyland said, will ultimately depend on “aligning community with services.”

“We didn’t want to focus on downtown alone because this issue extends throughout the entire community,” said Tigard Police Commander Robert Rogers, who heads the department’s patrol division. “We are seeing this issue in places you wouldn’t imagine in the past, to include trails and parks all throughout the city.”

Over a week-long period from Aug. 29 through Sept. 4, officers made a concerted effort to seek out and contact the unhoused community, as well as respond to calls involving common nuisances like trash, abandoned vehicles and what Rogers termed “remarkable” behavior that is not necessarily criminal in nature. Bike and foot patrols in the downtown and other areas then started on Sept. 11.

Notably, this initial assessment did not involve seeking out established homeless encampments.

“We wanted to assess the people we were able to see moving in the community and the corridor,” Rogers said. “But we didn’t want them leaving the trails and going into those encampments.”

Rogers acknowledged that uniformed police are at something of a disadvantage when it comes to approaching homeless individuals who can be distrustful of authorities because of past experiences. This, he added, is why it is so important to provide additional services that do not involve police.

“The unhoused members of the community we encountered were not put in fear by us being there,” Rogers said. “I think they know we’re going to do our jobs and respond to issues that come up, but I don’t think they had the dread they do in other communities and that was stated in the surveys we did. We’ve gotten pretty good at dealing with specific issues and some of the remarkable conduct that may or may not be criminal.”

From here, Rogers said the department will continue conducting additional bike and foot patrols to focus on visibility and contacting homeless individuals. Data from those efforts will continue to be analyzed to help the City understand where to focus its efforts. Eventually, this work will move to the more established encampments, he added.

“We’ll be looking at what we believe is one of our largest camps using the Washington County assessment tool to see how it scores in anticipation of them coming to assist us when that MOU (memorandum of understanding) is finalized,” Tigard Police Chief Kathy McAlpine said.

McAlpine also noted that Tigard will benefit from the addition of the new South Cities Mental Health Response Team, which welcomed a new mental health clinician to active duty to work with a Tigard officer who is trained in crisis response. That duo is now on the street responding to behavioral health calls. Officers from Tualatin and Sherwood are also expected to join this effort in the near future as officers from those departments complete the necessary training.

Nyland also said that teaming up with nonprofit groups like Just Compassion will also be a critical element going forward.

“No city can do this alone, no city has enough resources,” Nyland said. “Having that regional, state, federal approach is needed. This is all-consuming – this issue could fill all of our days and nights – it does take a lot.” 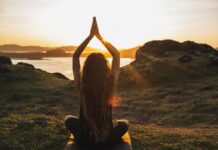 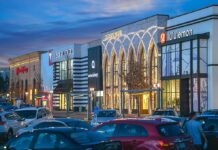 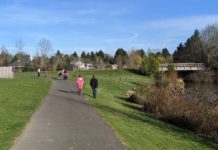