As president of the Highlands Homeowners Association, Dave Platt was the bridge between the 55-plus community and King City as it went through the process of being annexed into King City.

The Highlands Board of Directors initiated annexation discussions with King City in February 2016 as a way to protect the community from issues arising from the growth around it. Board members decided they would have more protections and remedies being part of a city as opposed to remaining in unincorporated Washington County.

While there were opponents to annexation among Highlands residents who didn’t think the benefits would outweigh negative impacts such as higher taxes, by mid-August 2016 more than 50 percent of Highlands property owners and registered voters had signed a petition requesting annexation. In February 2017 the King City City Council voted unanimously to approve an ordinance annexing the Highlands into King City.

Platt came to the Highlands in a round-about way. He spent a good part of his career with Consolidated Freightways working on the development of its computer network, and he and his wife Donna lived in the Portland area for a time because of his job. Platt was sent back to California but asked to be transferred back to Portland before he retired for the first time in 1997.

Once the Platts were settled in Beaverton close to three of their four children, Platt went back to work for Consolidated Freightways as a consultant before retiring a second time 19 years ago. “I worked from home in the first days of working from home,” he said.

When the time came to downsize, the Platts looked in King City, the Highlands and Summerfield and liked the Highlands the best, buying the only available house for sale at the time.

“I got on the HOA (board of directors) and was president for four years,” Platt said. “As far as annexation, had I not really worked on it, we would not have been annexed. The board did most of the legwork as pros and cons were raised and discussed, and I worked with King City. For a while, that was my focus.”

Before the idea of annexation came up, Highlands residents were concerned about a development on a small acreage directly south of them where apartments and a few single-family homes were being constructed.

“The development was right across the street from us, and the concern was parking and where would all the renters and their guests park except on streets in the Highlands,” Platt said. “That was the impetus to have more control over our streets.

“Another issue was the intersection of 131st and Peachvale, where people would park on both sides of Peachvale right up to the corner for events at Deer Creek Elementary. The city painted the curb on the north side red, which helped. I avidly pursued a crossing light for kids at the Deer Creek Elementary entrance and a flashing speed sensor. All this has made the corner much safer.”

Platt won a seat on the King City City Council in the November 2018 election, the first Highlands resident to do so since annexation. He worked closely with Mayor Ken Gibson and City Manager Mike Weston during the year-long annexation process, so it felt like coming home when he joined the council in January 2019.

“Ken wanted some representation from the Highlands on the council,” said Platt, who had no prior government volunteer experience. “Had it not been for Ken Gibson and Mike Weston, I would not have run.”

The Highlands also benefitted from another King City project that enhanced 131st Avenue between Fischer Road and Beef Bend Road with walkways that are compliant with the Americans with Disabilities Act and a landscaped center median. “One of the things we got accomplished with annexation was that I got the city to agree to completely remove and repave the west end of Bexley Lane,” Platt said. “It was privately owned, and we had to get the homeowners to deed it over to the city. The project was just completed a few months ago.”

The Highlands encompasses 52 acres and includes 195 single-family homes and 21 multi-family buildings along with a Clubhouse that serves 400-plus residents.

He added, “We got approval from Metro to expand our urban growth boundary to Roy Rogers Road and have been working on the Transportation Development Plan for the new area called Kingston Terrace. It will change as developers come in, but you have to have a plan. Some people do not want to see Fischer Road extended, and it is a point of contention.”

After serving six years on the Highlands Board of Directors, three years on the King City Council and six years on his church board, Platt is looking forward to a slower pace and is ready to see what the New Year brings. 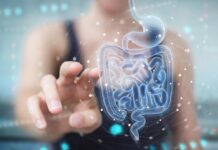 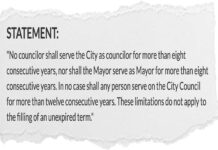 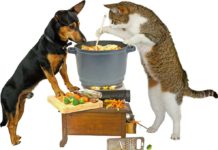 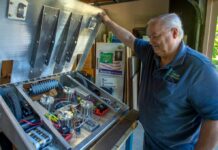