Adult foster care is one option for families who need to find an assisted-living home for their elderly relatives, and there are many of the facilities around the Tigard area.

A foster care home that has been around nearly 20 years will be undergoing a transition in the future, as Mirela and Constantin Gavojdea’s 29-year-old son Victor has worked at their Grant Home Care Inc. for three years and is preparing to take over the family business at some point.

Mirela said that it will happen “when he gets the money to buy us out,” and joked that sooner would be better than later.

Like a number of area foster care providers, Mirela and Constantin are natives of Romania, and she attributes that trend to “our culture, because it is innate to take care of the elderly. Elderly people, especially people with dementia, would be put in what we called asylums, because they were supposed to be hidden away. So, families would keep their elderly members at home and share the care-giving duties.”

Licensed care providers Mirela and Constantin got into adult foster care as second careers, after Mirela, a manufacturing engineer at Tyco Electronics, got laid off in 2001. Constantin was selling real estate and had a foster care house on Grant Street listed for sale.

Mirela’s mother came to the U.S. first, and Mirela, who had married in Romania, came with her daughter after a year in Greece in 1990 seeking political asylum. She met and married Constantin, and they had Victor together

“We both did care-taking on the weekend to put our two kids through college, so we had experience, and the house was already set up for foster care,” Mirela said. “We purchased it in July 2001, and our first resident moved in in December, which was lucky because my unemployment was running out.”

They opened as a level-two facility and became a level-three, which is the highest level in Washington County. The designation means they are equipped to handle end-of-life care.

“We pretty much stay full,” Mirela said. “We have been blessed. We have a waiting list.”

St. Anthony Catholic Church is right across the street, and its members refer people to the Gavojdeas, plus it is easy for the Grant Home Care residents to attend church services if they wish.

And now the second and third generations are getting involved.

“Victor pretty much grew up in this house, and now he is married and has two kids, a 5-year-old girl and an 8-year-old boy,” Mirela said. “Victor likes to help people, and our residents like him. Our granddaughter helps with the residents and brings them their things – they love her. Our 99-year-old resident said, ‘I adore your granddaughter. She is so helpful and so cute.’”

In-house caregivers must be on-call 24/7, and the Gavojdeas have a couple of care providers they can call on as back-up. Plus, Mirela and Constantin will be available as on-call care providers when Victor takes over running the foster care home.

He also is working on his cooking skills, saying that he has breakfast and lunch handled and now is concentrating on dinner.

“Everyone has something they don’t like, but I have learned after cooking for a group for 19 years that you try to make what most of them like,” Mirela said. “Some don’t eat fish or want spicy food. I have a list of their likes and dislikes.”

Victor and Constantin do most of the grocery shopping now, and Victor added, “I need to increase my cooking skills, and we got an air-fryer, so we are trying new things with that.”

Mirela started a beautiful tradition when they opened the home: She plants a rose bush in the front yard for every resident who dies, putting their name on it. But when a resident passes on it doesn’t always mean the end of the relationship with the family.

“The son of our first resident stays in touch with us, and we remain in contact with other families, too, and even visit each other,” Mirela said. 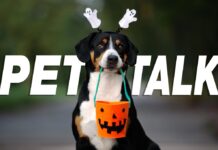 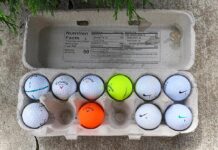 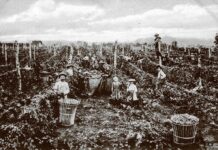