It has been dubbed the “Forgotten War,” and while the news of the day focused on the battles that raged back and forth over the defensive line called the Pusan Perimeter, military personnel also were stationed in other parts of the Far East and contributed to the war effort without getting the same recognition.

Don Whetsell was part of that effort, serving as a radar operator in the 527th Aircraft Control and Warning Squadron under the Far East Air Defense Command based in Fukuoka, Japan,

“My detachment of 300 was part of a larger squadron based in Siatozaki, Japan, at a former kamikaze air base along the Toshima Straights between Japan and South Korea,” said Whetsell, who served in Japan from November 1952 to November 1954. “Radar sites were put in the most ungodly places at the highest points of land. There were four crews – Able, Baker, Charlie, Dog. We were the Dog crew and always had a dog mascot. We worked in eight-hour shifts – day, swing shift or graveyard – for three weeks, doing a different shift each week, and then getting one week off.

“There were five or six radar scopes along with height finders that told you the altitude of the planes. We were called the ‘scope dopes.’ We alternated one hour looking at the scopes and one hour on the plotting board, a mechanical device where we tracked planes. If you picked up a plane on radar, you put its coordinates on the plotting board.”

Whetsell said that the early fighter planes had no radar, and only during his last couple of months in Japan did the fighters have radar that would lock on to enemy planes when they got close. “We had F-84s when I first got there, and eventually we got F-86s,” he said.

The radar operators, however, did not benefit from upgraded equipment. “Our equipment was out of date,” Whetsell said. “It was from early World War II. In the States, we trained on the most up-to-date equipment and then used outdated equipment during the war.”

The role of the “scope dopes’” was to provide information on the location and flight trajectory of foreign aircraft, and “if there was no ID for a plane, the fighters would be scrambled to check it out and possibly intercept it,” Whetsell said.

He added that serving during the Korean War meant living in a different world.

“We were involved in a ‘who cares?’ war,” he said. “People supported World War II and were against the Vietnam War, but no one opposed us or praised us for our service. The guys I served with were the forgotten few in the Forgotten War.”

As a child during WWII, Whetsell said he learned that Japanese were “bad.” But during the Korean

War, “I was stationed in Japan and living among them,” he said. “We went on leave and visited Nagasaki and Hiroshima, which was educational. We wanted to be picked up for minor infractions by the Japanese. You could buy your way out with a few yen. The MPs (military police) were stricter. I came close to being picked up once.”

Whetsell is philosophical about the Korean War. “The big enemy was winter,” he said. “We were not prepared to go to war. Guys in the California National Guard came without heavy coats and were not equipped properly. There were so many casualties from the weather.”

Whetsell always had a strong respect for the military. He was born in Astoria and grew up in Warrenton, graduating from Warrenton High School in May 1950, one month before the Korean War broke out. That September he went to the University of Oregon and joined the Air ROTC (Reserve Officer Training Corps), but in December he got his draft notice and went into the Air Force.

After training in several states, he was sent to Japan.

“My big passion is the 7,500-plus Missing in Action American personnel from the Korean War,” said Whetsell, who is a life member of the America Legion and the Air Force Association. “And there are more MIAs from the Vietnam War.”

After the war, Whetsell started a company selling construction equipment around the United States and lived in the Tigard area. He and his wife Ellie moved into King City Senior Village three years ago. 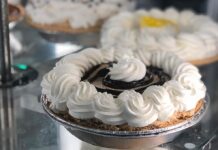 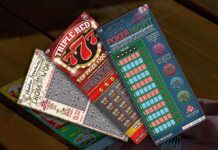 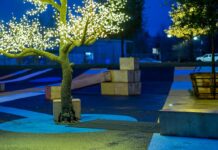