The Fourth of July has become Carol Gifford’s Christmas and annual reunion of family and friends all rolled into one. The Millen Drive resident is marking her 21st year organizing the event in her Tigard neighborhood, dubbed the Middle of Millen Drive Independence Day Parade and known for its wacky entries.

The parade has had a drill team (made up of housewives carrying electric drills) and equally creative spectators. “A neighbor walked his La-Z-Boy recliner to our house saying, ‘Your view is better,’” Gifford said.

Planning flows a lot smoother these days after a shaky start. “I tried to find out if we could close the street the first year, and the city employees kept passing me around,” Gifford said. “Finally, I called police Chief Ron Goodpaster and got his permission.”

Over the decades, a police chief or two has participated in the parade along with staff from various Washington County departments, including the sheriff’s Mounted Posse and SWAT team, Tualatin Valley Fire & Rescue crews and even Pride Disposal, which provided a garbage truck and driver for the first time last year.

Karl Kaufman with the Tigard police was assigned to the parade, and that first year, “he saw a merry band of merry-makers and said he would be back in two minutes and came back with two motorcycle officers who led the parade,” Gifford said. “He would email me at Christmas that he wanted to do it again and did it every year until he retired.”

Gifford doesn’t take credit for starting the parade. That goes to Dorothy Gutfleisch, “the friend who dropped the first suggestion to have a parade and really who we all have to thank for getting me to do this,” she said.

Accordimg to Gifford, others who get credit for the event’s ongoing success include Gail Gifford, “my sister who always gets talked into doing something outrageous;” Leslie Rogness, “a dear old friend who gathers up a crowd of people to make wonderful parade entries that have included ‘The Nifty 50 States,’ ‘Desperate White House Wives’ and ‘Great American Authors,’ and my nephews Dan Moench, who tells me he didn’t really move away to Utah to get out of the parade, and his brother Kevin Moench, who just moved to Tigard and can’t get out of it now.”

Romance even blossomed for Gifford at the parade. At the very first one, a friend brought along Chris Coplen, and 21 years later they are still together. She calls him “my sweetheart and partner in all things MOMDIDP.”

The long name for the short, seven-tenths-of-a-mile parade that starts on Millen and goes to Copper Creek to Martha to 93rd Avenue came about because “it’s fun to make people say that long name,” Gifford added.

Over the years parades have included horses, miniature donkeys and llamas, and Tigard police Public Information Officer Jim Wolf has brought the police Volkswagon Bug painted like a miniature police car and McGruff the Crime Dog.

Current Metro Councilor Craig Dirksen rode on his motor scooter in the parade when he was Tigard’s mayor, calling it the Mayor Conveyor, according to Griffith.

The parade always kicks off with the pledge of allegience and someone singing the national anthem and sometimes “America the Beautiful.” And every year a special grand marshal is chosen; last year it was a World War II veteran driven in style by a member of the Mount Hood Corvette Club.

Thumbing through photo albums filled with hundreds of photos from parades past, Griffith pointed out a 3- or 4-year-old on a scooter in the parade, saying, “That kid is now a junior at Gonzaga (University).”

Griffith likens the parade to a mid-year Christmas celebration that provides the opportunity to wave a flag and remember loved ones. “It’s a birthday party for the country,” she said. “We have become part of people’s traditions and memories. It is wonderful we get to do this. It’s a neighborhood parade on steroids.

“Older people say, ‘This is what I grew up with,’” she added. “It’s an old-fashioned parade in the suburbs. Neighbors work in secret on their entries, and sometimes when you’re walking around, they will close their garage doors so you can’t see what they’re doing.”

Is there anything Gifford would still like to add to the parade? “We’d love a fly-over by the Blue Angels, but I don’t think they will answer my call,” she said.

Parade activities start at 4 p.m. on the Fourth for those interested in participating or watching. 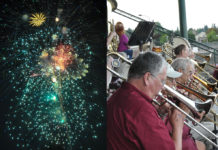 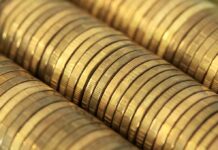 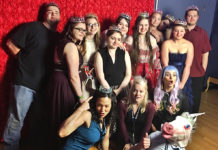