At one point in his young life, Eduardo Aguillon accepted that he would likely soon be dead or in jail.

The Tualatin teen was failing out of high school, getting into fights and, as he notes, everywhere he turned people told him he was a failure.

Instead of giving in, however, Aguillon decided to keep trying. After countless fights with other students at Tualatin High School, school district officials asked him if he would be interested in transferring to Durham Center, the district’s online academy for students who struggle in more traditional environments. That was in 2018 when Aguillon was a sophomore.

“I got kicked out of Tualatin because I wasn’t in the right place, I was always skipping, and I was doing things that I wasn’t really supposed to be doing,” Aguillon said. “I just felt like it wasn’t for me.”

At Durham Center, however, the “vibe was different” as soon as he walked in.

“The teachers were helping me out and engaging with other students,” he said. “They didn’t treat us like students, they treat us like we’re their sons and daughters, you know? And that’s something I love.”

There, he discovered his love of writing and poetry, and found he could open up to staff members and share his thoughts in a way he never had before. He even knew friends there who had already transferred and had enjoyed their experience. It was a huge relief for Aguillon.

Still, he elected to return to Tualatin High during his junior year for one more shot, but it proved to be disastrous.

“My biggest mistake was choosing to leave Creekside and go back to my previous school my junior year,” he said. “Going back to Tualatin, I noticed the vibe was different. I got into a big altercation with staff and students and at one point I was placed in handcuffs at school.”

At that point, he knew it was best to leave Tualatin for good. So, he finished the semester and then transferred back to the school “where dreams come true.”

“When I came back, I felt like I was back at home,” he said.

He dove back into classes, engaged with teachers and classmates, and truly enjoyed his time in school. The positive feedback he received made all the difference.

“I’ve always liked writing, like poems, and sometimes I like to make music for fun,” he said. “And for me, when I was in (Tasha) Corrigan’s language arts class, we had a poetry unit and I wrote a poem. And I’ve had poetry classes before at Tualatin, but when she read it, she said, that’s actually really good. The way she said it was like, wow, I felt noticed.”

You want to hear it, you want to feel acknowledged, he added.

“A grade, a number, does not mean anything to me,” he said. “But what a person says, their opinion, it feels good. That’s encouraging to me and makes me want to keep pursuing that.”

Aguillon went on to become a school leader and was named the Creekside student representative at Tigard-Tualatin School Board meetings. There, he made monthly presentations to the school board and was the voice of the student body.

Now, he has become the first person in his family to graduate from high school. And while he is still unsure of what the future holds for him, nothing can take away that accomplishment.

“I feel excited, and I’m glad that I’m doing this,” he said. “My sister didn’t graduate, my older brother didn’t graduate, and so I’m the first in my family to graduate. I know my mom is excited. I’m excited myself that I was able to do it. Those were my examples, my older brothers and sisters. I learned off of that and I decided I was going to change my ways and not follow in their footsteps. I’m not going to be a follower. I’m going to be a leader. And that’s what I did, and now I’m here. 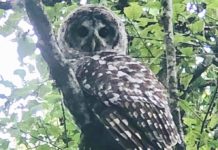 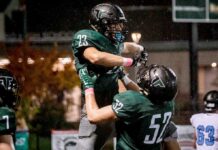 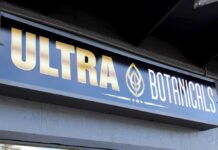 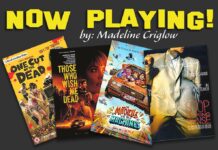