Jerry and Jan Larsen, who just celebrated their 60th wedding anniversary at a big party in King City on Oct. 29, recently sat down to recap more than six decades of life together that involved many moves around the country due to his military service and jobs.

Their original introduction in June 1962 did not exactly go smoothly: A mutual friend invited Jerry to dinner but didn’t tell Jan she was being set up on a date, so when a sharp-looking Jerry just out of the U.S. Naval Academy showed up, Jan was dressed very casually.

That didn’t deter Jerry, who asked her out anyway. They quickly fell in love, and only 11 days after they met, they got engaged, planning on getting married in early 1963. In October 1962, when the Cuban missile crisis developed, Jerry’s ship was in the Bremerton, Wash., shipyards. After learning that Jerry’s ship was headed for the Panama Canal and war, they hurriedly got married in a small wedding with four days’ notice on Oct. 27, 1961 at St. Charles Catholic Church in Northeast Portland.

However, Jerry’s ship, which was based in San Diego, never did go to the Panama Canal.

Jerry was born and raised in Portland, and Jan moved to Oregon when she was 10 years old, so Portland was home, but they had to move where Jerry was stationed. Following their wedding, Jan got out of her teaching contract at the end of 1962, and they settled into a small apartment in Pacific Beach, Calif. Shortly after, Jan got pregnant, and Jerry was sent on a long Western Pacific cruise but got back home just in time for the birth of their daughter Marcia. They moved to Long Beach, one of 15 moves during their marriage, and Jan got pregnant again.

When Marcia was 14 months old, and son Brian was 1 month old, Jerry, who was the communications officer for an amphibious squadron that transported troops and material, left on a 10-month wartime cruise in the Pacific. While he was on the ship most of that time, he spent a month in Da Nang, Vietnam, before returning home, noting, “The only place I was shot at was later, when I was working in Brooklyn, NY.”

Jerry left the Navy as a lieutenant and went to work for Pacific Northwest Bell and later for AT&T. Over the decades, his career took them back and forth between the two Coasts, where they lived in Oregon, California, Washington and New Jersey.

“I had a bunch of jobs leading to mid-level and upper-level management, and at times was a labor-relations manager and a personnel manager,” Jerry said. “When I was transferred to Oakland with AT&T, I oversaw the infrastructure for a region of 11 Western states. I retired at 50 in 1989 with a good pension and medical benefits. I then took a job with the state of Oregon as the human resources lead author and retired again in 1998.”

The Larsens, who are 22nd cousins once removed whose common ancestor is Edward I, built a house in Tualatin, and lived there 25 years before moving to King City in 2016.

“Within five minutes of moving into King City, I joined the King City Music Club,” said Jerry, who served as the co-director and Music Club president while also singing in the chorus. In addition to his military and business careers, Jerry has always loved performing. While in high school, he was the principal bassoonist in the Portland Junior Symphony, and he sang in the Naval Academy Glee Club. He studied classical piano for 10 years, and sang with several choruses, including the Sherwood Chorale, the Conchords and the Tigard Pops Chorus.

The Larsens now have four grandchildren ages 19 to 34 and one 13-year-old great-granddaughter. At their 60th wedding anniversary celebration, they renewed their vows, with Jack Stacey, Jerry’s friend from high school, serving as best man, and Jan’s original maid of honor Judy Brown filling the same role again. Jan’s bridesmaid Linda Stacey, who is married to Jerry’s vow-renewal best man, was the one who introduced them at that dinner party 60-plus years ago. 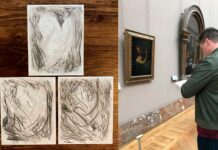 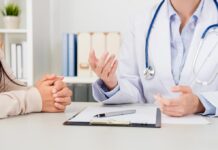 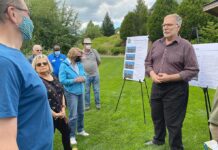