Always a planner, Domreis wrote his own obituary a few years ago, only leaving blanks for the date of death and burial location.

In his own words: “Obituary: Lionel A.W. Domreis. Born April 23, 1919. Died (April 15, 2022). Lionel graduated from Fernwood Grade and Grant High in Portland. As a Junior and Senior at Grant, he was the only non-adult Branch Manager for the Oregonian.

“He completed three years at the University of Oregon Business School, before going into the Army for supposedly one year. Pearl Harbor occurred halfway through that year.

“He went overseas shortly thereafter with the Northwest 41st Infantry Division, the first Infantry Division to go overseas in World War II. It is the Sunset Division, for which the Sunset Highway is named after and dedicated to. After the war, he finished his last year (in college) in five months, received a full B.B.A. in Business. The school is now named after his Accounting Classmate, Charles Lundquist.

“By age 40, Lionel headed 42 Sales Offices in the Office Machines and Systems field, from California to New York. They were bought out by Remington Rand, and Lionel declined to move to New York, and became the Vice President of Marketing for Arizona’s largest Builder, John F. Long Homes Inc. He returned to Portland, where he had a small Electronic Distributorship and also entered the Real Estate Field, as a Broker and owner of his own office.

“He was a lifetime reader of Mystery Novels, and later wrote four full-length Mystery Novels of his own. He entitled them, “A Decent Novel for Seniors, written without Dirty Words.”

“Lionel is survived by his Brother Oliver and various other relatives. Lionel has chosen to be buried next to his Mother, in (Lone Fir) Cemetery instead of in Willamette National Cemetery (in Portland). No funeral services.”

One important facet of Domreis’ career that he left out of his obituary were the details of his real estate development career in the Tigard area. Domreis met developer Ron Sorenson, owner of Tualatin Development Co., at a Tigard Water Board meeting. Having seen successful senior communities being developed in Sun City, Ariz., outside Phoenix, and in Woodburn, Ore., Domreis urged Sorenson to develop King City, and later Summerfield, as senior communities instead of subdivisions open to all ages. The two men worked together for several years on the two developments.

Having lived in both King City and Summerfield after they were developed, Domreis ran his own real estate company, calling himself “the Lion in Tigard” in his newspaper ads, before retiring at 95.

Domreis joined the King City Lions Club in 1987 and remained an active member until recent years.

Domreis moved into Bonaventure-Tigard several years ago, and a big birthday party was held in his honor for his 100th birthday in 2019; Mayor Jason Snider was in attendance to offer his best wishes.

A highlight of the party was the singing of some of Domreis’ favorite hymns by 11 members of the Tigard United Methodist Church choir. “For the last 10 years, I didn’t want birthday parties,” Domreis said the day after the party. “But on my 100th birthday, I decided it would be good to have one because I can’t believe I made it. And I have always wanted a small Christian group to sing on my 100th birthday, so having the choir here was my gift to Bonaventure and to God for letting me live this long. I thank God for letting me live to be 100.”

His family is planning to hold a memorial service this coming summer. 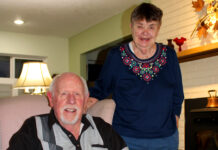 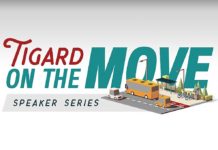 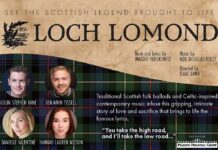 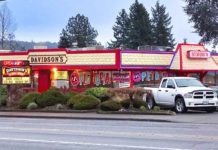 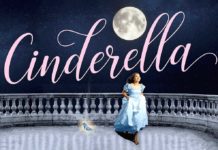