Voters likely knew when they elected Liz Newton to the Tigard City Council in November that they were voting for a candidate with a lot of experience in city government.

However, Newton no doubt has the most local government experience of any candidate ever running for council as she spent her entire career – nearly 37 years – working for the City of Tigard. In addition to rising through the ranks of the Planning Department, she first became the growing city’s first assistant to the city manager and later the first assistant city manager.

But after retiring, she wanted to continue serving in a different role and got elected to the council.

“I am truly honored and humbled to have been elected to the City Council,” Newton said the week before being sworn into office at the Jan. 8 City Council meeting.

Her knowledge of the city not only covers major issues but also minutiae as she has worked for the city through a good part of its history since it was incorporated in 1961.

Newton grew up in Garden Home, attending Garden Home School and then Beaverton schools. Interested in design from a young age, “I made my own clothes, and I thought I would be a fashion designer,” she said.

Newton went to the University of Oregon, later switching to Portland State University. She thought about majoring in architecture “but I didn’t like drafting,” she said, so Newton got a Bachelor of Arts degree with a certificate in urban planning in 1977 at PSU.

Serving as an intern at the City of Tigard before being hired as a planner, Newton
recalled that one of her first projects was a minor land partition in which she worked with the landowners on an outcome that was more beneficial to them than the one originally proposed, and she still feels a sense of pride when she drives by it today.

While Newton worked her way up to senior planner, she was involved with a variety of projects. “I found that my favorite part was educating people about the process,” she said. “I would go to neighborhood planning meetings for proposed projects to hear people’s comments, and I would explain to them what parts of projects they could have an impact on. I also learned that roads don’t end at the edge of the map.”

Especially with the advantage of hindsight, Newton has learned that not every project turned out perfectly, and she has a few regrets. One of them is the Burgerville on Pacific Highway, where she points out that if the drive-through window had been positioned a quarter-turn differently, the loud speaker would not be directed at the nearby neighborhood.

In 1989 Newton was named community involvement coordinator. In that role, “I was the liaison to the city’s boards and commissions and went to all the meetings, and I planned the early balloon festivals and the city’s 30th anniversary event,” she said.

One of the reasons she wanted to run for council was to get back to community involvement, saying, “People feel they need to get answers from their city government. When I went door to door while I was campaigning, people had lots of specific questions.

“A lot talked about the failed city levy in the November 2018 election. People like the city and trust the city, but many were unclear what the levy provided. It’s not that they didn’t like city services, but they don’t want to pay more. It is important that people understand the cost of things and the city is providing the services it does with the money it has.”

Since retiring in June 2017, Newton took a break from city government for the most part although she was appointed to the city’s Budget Committee in the interim.

“I realized it was important to have a gap, but then I was ready to participate again,” she said. “People have a responsibility to participate. I know being on the council will be different from being on staff, and what we learned in a recent boot camp for newly elected candidates is that as councilors you work for the voters. 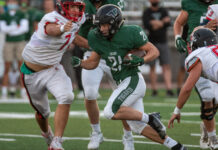 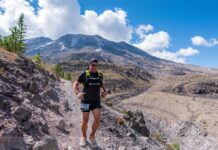